The 2013–14 Campionato Sammarinese di Calcio season was the twenty-ninth since its establishment. The league is the uppermost in San Marino, in which the country's top 15 amateur football clubs play. The season began on 13 September 2013 and ended with the play-off final on 27 May 2014. 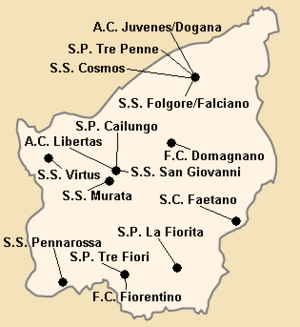 The 15 clubs are split into two groups; one with eight clubs and another with seven clubs.

The play-offs were held in a double-eliminination format. Both group winners (Tre Fiori and La Fiorita) earned byes in the first and second round.[1]