The 4th millennium BC saw major changes in human culture. It marked the beginning of the Bronze Age and the invention of writing, which played a major role in starting recorded history. 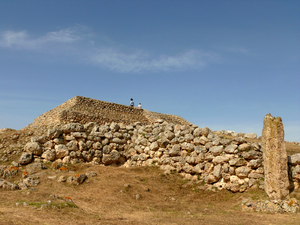 Monte d'Accoddi is an archaeological site in northern Sardinia, Italy, located in the territory of Sassari near Porto Torres. 4th millennium BC.

The city states of Sumer and the kingdom of Egypt were established and grew to prominence. Agriculture spread widely across Eurasia. World population in the course of the millennium doubled, approximately from 7 to 14 million people.

Based on studies by glaciologist Lonnie Thompson, professor at Ohio State University and researcher with the Byrd Polar Research Center, a number of indicators shows there was a global change in climate 5,200 years ago, probably due to a drop in solar energy output as hypothesized by Ohio State University.[2] 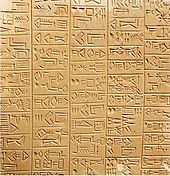