The 8th Army was a field army of the Soviet Red Army during the Second World War.

The 8th Army was formed in October 1939 (or 14 September 1939[1]) from the Novgorod Army Operational Group of the Leningrad Military District with the task of providing security of the Northwestern borders of the USSR. (The Novgorod Group had been created a month before, on 13 August 1939 by the order No. 0129 of the Chairman of the People's Commissariat for Defence, Marshal of the Soviet Union K.E. Voroshilov. The Group was created for operations in Estonia and Latvia.)

On 30 November 1939 the Soviet Union attacked Finland in the Winter War. The strength of the 8th Army, or overall the Red Army, in the north of Lake Ladoga (Ladoga Karelia), surprised the Finnish general staff. The Finns deployed only two divisions, and they had a support group of three brigades, bringing their total strength to over 30,000 uniforms.[2] The Soviets had a division for almost all roads leading west to the Finnish border. The Eighth Army was led by Ivan Khabarov, but on 13 December he was replaced by Grigori Shtern. The Vice Commander of the Southern Group was Vladimir Kurdyumov from December 1939, who later was appointed the Vice Commander of the 15th Army.[3]

The mission was to destroy the Finnish troops in the area of Ladoga Karelia and advance to the area between Sortavala and Joensuu within ten days. The Soviets had the advantage of a three-to-one ratio in men, five-to-one in artillery and also air supremacy.[2]

The Finnish troops conducted a pre-planned retreat before the overwhelming opposition. On 7 December, in middle of the Ladoga Karelian front, the Finns retreated near the small stream of Kollaa. The waterway itself did not offer any protection, but alongside there were ridges up to ten meters. The battle of Kollaa lasted until the end of war. Up to north the Finns retreated from Ägläjärvi to Tolvajärvi on 5 December, and defeated Soviet attacks by the 139th Rifle Division and 75th Rifle Division in the battle of Tolvajärvi on 12 December.[2]

In the south, two Soviet divisions were united on the northern side of the coastal road of Lake Ladoga. As before, these divisions were in a trap as the Finns could make counterattacks from a north to columns flank. The Finns made counterattacks in all fronts but were not successful – however the Red Army was now facing a position of defence rather than attack. On 19 December the Finns temporarily ceased their assaults as the soldiers were exhausted. It was not until the period 6 to 16 January 1940 that the Finns made another major offensive, and cut the Soviet division into a smaller group of different sized mottis.[2]

Contrary to Finnish expectation, the encircled Soviets divisions did not try to breakthrough to the east but instead they stayed put and entrenched themselves. The Soviets were expecting auxiliary troops and service shipments support to arrive by the air. However, the Finns repelled all efforts of the Soviet Eighth Army to resupply the encircled troops, and they did not get enough supplies from the air. As the Finns lacked the necessary heavy artillery equipment and were short of men, they did not directly attack the mottis they had created, but instead focussed on eliminating the most dangerous threats only and bide their time.[2] 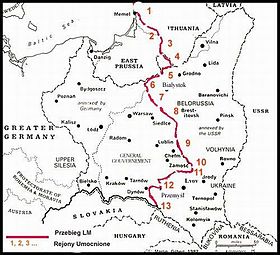 In 1940 the Army became a part of the Baltic Special Military District.

On 23–25 June its 12th Mechanised Corps with the part of the 3rd Mechanised Corps of the 11th Army southwest of Shyaulyaya executed a counterblow on the forces of the enemy’s Panzer Group 4, as a result of which their advance was delayed by several days. After 30 June the 22nd Motor Rifle Division NKVD started operating as part of 10th Rifle Corps. (Glantz, SC, 175)

During July–August the troops of the 8th Army conducted persistent defensive actions in the territory of Estonia. On 14 July the army was transferred to the Northern Front, and on 27 August of the Leningrad Front. At the beginning of September 1941 the army's troops fought on the neighboring approaches to Leningrad, retaining contact with the forces of the Red Banner Baltic Fleet on the Oranienbaum bridgehead which played an important role in the Siege of Leningrad. At the beginning of November the Army headquarters and some formations and units of the 8th Army were relocated into the eastern sector of the defense of the Leningrad Front and to the bridgehead on the Neva River in Moscow Dubrovki (Neva Pyatochok). During November- December they conducted persistent offensive combat for achieving Leningrad blockade break-through. At the end of January 1942 the administration of army, crossed on Lake Ladoga ice to the Volkhov direction, combined formations and units of the Sinyavinsk operations group of 54th Army, which occupied defenses from the south coast of Ladoga lake to the Kirov railroad.

On 9 June the army was subordinated to the Volkhov Front. In August- September it acted as a part of the Front's assault group for the Sinyavinsk Offensive Operation. During January 1943 the 8th Army participated in the Leningrad blockade break-through, covering the southern flank of the Front’s assault group. During July–August it conducted furious fighting in the Mga Offensive Operation.

During January 1944, the army headquarters and its support units were moved between Novgorod and Lake Peipus.

After accepting new formations, the Army participated in the Novgorod-Luga Offensive Operation. After regrouping as part of the Leningrad Front (from 16 February), the Army made several attempts to encircle the German Army Group Narwa in the battle for Narva Bridgehead. After the failure to do so, the army took up defensive positions in late March to July. The Army participated in the Narva Offensive (July 1944) and the Battle of Tannenberg Line, 25 July to 10 August 1944. During September in cooperation with the 2nd Shock Army and the Baltic Fleet, the army conducted the Tallinn Offensive, as result of which, mainland Estonia and the capital Tallinn were captured.

In October–November the army together with the Baltic Fleet conducted the Moonsund Landing Operation to capture the West Estonian archipelago (Moonsund archipelago).

From December 1944 the Army carried out coastal defense tasks in Estonia to the end of the war.

In September 1945 the Army was disbanded by being redesignated HQ Western Siberian Military District in Novosibirsk. 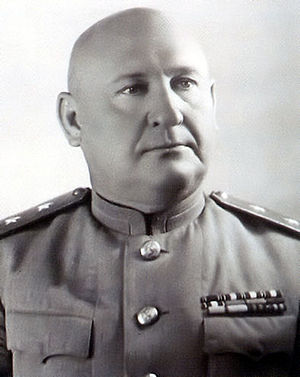