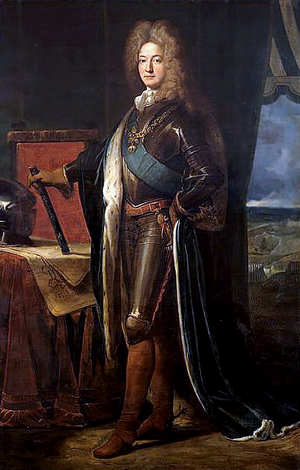 Son of Anne Jules de Noailles, he inherited the title duc de Noailles on his father's death in 1708.

He fought in the War of the Spanish Succession (1710–1713) during which the forces under his command on 24–26 July 1710 drove back a British attack on Sète. He was president of the Finance Council from 1715 to 1718. He distinguished himself in the War of the Polish Succession (1733–1738) and was made a marshal of France in 1734, becoming dean of the marshals in 1748. He served in the War of the Austrian Succession and was appointed to command the French forces in March 1743. He was defeated at the Battle of Dettingen in June 1743, but successfully drove the Austrians out of Alsace-Lorraine the following year, although he missed an opportunity to seriously damage the Austrian army as it was crossing the Rhine. He was Foreign Minister from April to November 1744, and regarded Great Britain as a greater enemy of France than Austria. He later acted in a diplomatic capacity and had substantial influence over the course of foreign policy.

In 1698, as comte d'Ayen, he married Françoise Charlotte Amable d'Aubigné, niece and beneficiary of the marquise de Maintenon, and by her had six children, 4 daughters and 2 sons. His two sons Louis, 4th duc de Noailles, and Philippe, duc de Mouchy, also went on to become marshals of France.