From Infogalactic: the planetary knowledge core
Jump to: navigation, search
For other uses, see Arrow of time (disambiguation).

This article is an overview of the subject. For a more technical discussion and for information related to current research, see Entropy (arrow of time). 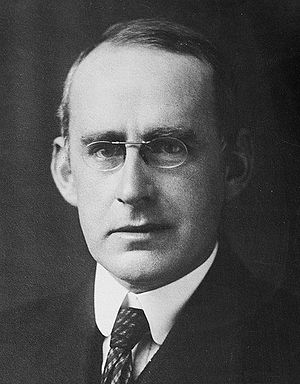 The Arrow of Time, or Time's Arrow, is a concept developed in 1927 by the British astronomer Arthur Eddington involving the "one-way direction" or "asymmetry" of time. This direction, according to Eddington, can be determined by studying the organization of atoms, molecules, and bodies, might be drawn upon a four-dimensional relativistic map of the world ("a solid block of paper").[1]

Physical processes at the microscopic level are believed to be either entirely or mostly time-symmetric: if the direction of time were to reverse, the theoretical statements that describe them would remain true. Yet at the macroscopic level it often appears that this is not the case: there is an obvious direction (or flow) of time.

In the 1928 book The Nature of the Physical World, which helped to popularize the concept, Eddington stated:

Let us draw an arrow arbitrarily. If as we follow the arrow we find more and more of the random element in the state of the world, then the arrow is pointing towards the future; if the random element decreases the arrow points towards the past. That is the only distinction known to physics. This follows at once if our fundamental contention is admitted that the introduction of randomness is the only thing which cannot be undone. I shall use the phrase ‘time's arrow’ to express this one-way property of time which has no analogue in space.

Eddington then gives three points to note about this arrow:

According to Eddington the arrow indicates the direction of progressive increase of the random element. Following a lengthy argument upon the nature of thermodynamics he concludes that, so far as physics is concerned, time's arrow is a property of entropy alone.

The symmetry of time (T-symmetry) can be understood by a simple analogy: if time were perfectly symmetrical a video of real events would seem realistic whether played forwards or backwards.[2] An obvious objection to this notion is gravity: things fall down, not up. Yet a ball that is tossed up, slows to a stop and falls into the hand is a case where recordings would look equally realistic forwards and backwards. The system is T-symmetrical but while going "forward" kinetic energy is dissipated and entropy is increased. Entropy may be one of the few processes that is not time-reversible. According to the statistical notion of increasing entropy the "arrow" of time is identified with a decrease of free energy.[3]

If we record somebody dropping a ball that falls for a meter and stops, in reverse we will notice an unrealistic discrepancy: a ball falling upward! But when the ball lands its kinetic energy is dispersed into sound, shock-waves and heat. In reverse those sound waves, ground vibrations and heat will rush back into the ball, imparting enough energy to propel it upward one meter into the person's hand. The only unrealism lies in the statistical unlikelihood that such forces could coincide to propel a ball upward into a waiting hand.

The thermodynamic arrow of time

The arrow of time is the "one-way direction" or "asymmetry" of time. The thermodynamic arrow of time is provided by the Second Law of Thermodynamics, which says that in an isolated system, entropy tends to increase with time. Entropy can be thought of as a measure of microscopic disorder; thus the Second Law implies that time is asymmetrical with respect to the amount of order in an isolated system: as a system advances through time, it will statistically become more disordered. This asymmetry can be used empirically to distinguish between future and past though measuring entropy does not accurately measure time. Also in an open system entropy can decrease with time.

British physicist Sir Alfred Brian Pippard wrote, "There is thus no justification for the view, often glibly repeated, that the Second Law of Thermodynamics is only statistically true, in the sense that microscopic violations repeatedly occur, but never violations of any serious magnitude. On the contrary, no evidence has ever been presented that the Second Law breaks down under any circumstances."[4] However, there are a number of paradoxes regarding violation of the Second Law of Thermodynamics, one of them due to the Poincaré recurrence theorem.

This arrow of time seems to be related to all other arrows of time and arguably underlies some of them, with the exception of the weak arrow of time.

Harold Blum's 1951 book Time's Arrow and Evolution[5] "explored the relationship between time's arrow (the second law of thermodynamics) and organic evolution." This influential text explores "irreversibility and direction in evolution and order, negentropy, and evolution."[6] Blum argues that evolution followed specific patterns predetermined by the inorganic nature of the earth and its thermodynamic processes.[7]

The cosmological arrow of time

The cosmological arrow of time points in the direction of the universe's expansion. It may be linked to the thermodynamic arrow, with the universe heading towards a heat death (Big Chill) as the amount of usable energy becomes negligible. Alternatively, it may be an artifact of our place in the universe's evolution (see the Anthropic bias), with this arrow reversing as gravity pulls everything back into a Big Crunch.

If this arrow of time is related to the other arrows of time, then the future is by definition the direction towards which the universe becomes bigger. Thus, the universe expands - rather than shrinks - by definition.

The thermodynamic arrow of time and the Second law of thermodynamics are thought to be a consequence of the initial conditions in the early universe.[citation needed] Therefore they ultimately result from the cosmological set-up.

The radiative arrow of time

The causal arrow of time

A cause precedes its effect: the causal event occurs before the event it affects. Birth, for example, follows a successful conception and not vice versa. Thus causality is intimately bound up with time's arrow.

An epistemological problem with using causality as an arrow of time is that, as David Hume maintained, the causal relation per se cannot be perceived; one only perceives sequences of events. Furthermore, it is surprisingly difficult to provide a clear explanation of what the terms cause and effect really mean, or to define the events to which they refer. However, it does seem evident that dropping a cup of water is a cause while the cup subsequently shattering and spilling the water is the effect.

Physically speaking, the perception of cause and effect in the dropped cup example is a phenomenon of the thermodynamic arrow of time, a consequence of the second law of thermodynamics.[9] Controlling the future, or causing something to happen, creates correlations between the doer and the effect,[10] and these can only be created as we move forwards in time, not backwards.

Certain subatomic interactions involving the weak nuclear force violate the conservation of both parity and charge conjugation, but only very rarely. An example is the kaon decay [1]. According to the CPT Theorem, this means they should also be time irreversible, and so establish an arrow of time. Such processes should be responsible for matter creation in the early universe.

That the combination of parity and charge conjugation is broken so rarely means that this arrow only "barely" points in one direction, setting it apart from the other arrows whose direction is much more obvious. This arrow is not linked to any other arrow by any proposed mechanism.

The quantum arrow of time

According to the Copenhagen interpretation of quantum mechanics, quantum evolution is governed by the Schrödinger equation, which is time-symmetric, and by wave function collapse, which is time irreversible. As the mechanism of wave function collapse is philosophically obscure, it is not completely clear how this arrow links to the others. Despite the post-measurement state being entirely stochastic in formulations of quantum mechanics, a link to the thermodynamic arrow has been proposed, noting that the second law of thermodynamics amounts to an observation that nature shows a bias for collapsing wave functions into higher entropy states versus lower ones, and the claim that this is merely due to more possible states being high entropy runs afoul of Loschmidt's paradox. According to one physical view of wave function collapse, the theory of quantum decoherence, the quantum arrow of time is a consequence of the thermodynamic arrow of time.[citation needed]

The quantum source of time

The psychological/perceptual arrow of time

A related mental arrow arises because one has the sense that one's perception is a continuous movement from the known (past) to the unknown (future). Anticipating the unknown forms the psychological future which always seems to be something one is moving towards, but, like a projection in a mirror, it makes what is actually already a part of memory, such as desires, dreams, and hopes, seem ahead of the observer. The association of "behind ⇔ past" and "ahead ⇔ future" is itself culturally determined. For example, the Aymara language associates "ahead ⇔ past" and "behind ⇔ future".[12] Similarly, the Chinese term for "the day after tomorrow" literally means "behind day", whereas "the day before yesterday" is referred to as "front day."

The words yesterday and tomorrow both translate to the same word in Hindi: कल ("kal"),[13] meaning "the day remote from today."[14]

The other side of the psychological passage of time is in the realm of volition and action. We plan and often execute actions intended to affect the course of events in the future. Hardly anyone tries to change past events. Indeed, in the Rubaiyat it is written (sic):

The Moving Finger writes; and, having writ,
Moves on: nor all thy Piety nor Wit
Shall lure it back to cancel half a Line,
Nor all thy Tears wash out a Word of it.