He was born in Baneh, a Kurdish small town in Kurdistan. His family moved to Sanandaj in 1981. Ghobadi received a Bachelor of Arts in film directing from Iran Broadcasting College. After a brief career in industrial photography, Ghobadi began making short 8 mm films. His documentary Life In Fog won numerous awards. Bahman Ghobadi was assistant director on Abbas Kiarostami's The Wind Will Carry Us.[3]

In 2006, Ghobadi's Half Moon won the Golden Shell at the San Sebastian International Film Festival. Iran's renowned actors Golshifteh Farahani, Hassan Poorshirazi and Hedyeh Tehrani acted in this movie. The music of the movie was made by Iran's musician Hossein Alizadeh. The film, which was a collaborative project by Iran, France, Austria and Iraq, was shot fully in Iranian Kurdistan. However, it narrates the story of a group of Iranian Kurdish musicians who would like to travel to Iraqi Kurdistan and organize a concert there.[6]

In 2006, Index on Censorship gave Ghobadi an Index Film Award for making a significant contribution to freedom of expression through his film Turtles Can Fly.[7]

In May 2009, his film No One Knows About Persian Cats won an Un Certain Regard Special Jury Prize ex-aequo when it premiered at the Cannes Film Festival. This film chronicles the hardships facing young Iranian musicians seeking to evade censorship. 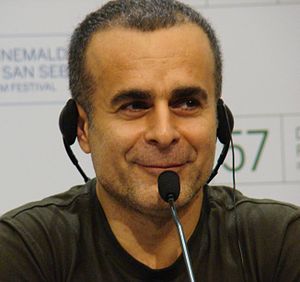