From Infogalactic: the planetary knowledge core
Jump to: navigation, search
This article is about the city in Rhode Island. For other towns of the same name, see Barrington.

Barrington (pronounced /ˈbɛərɪŋtᵻn/) is a town in Bristol County, Rhode Island, United States. The population was 16,310 at the 2010 census.

In July 2005, CNN/Money and Money magazine ranked Barrington sixth on its list of the 100 best places to live in the United States.[3]

The land in Barrington was originally granted by the King of England to members of the Mayflower party. Some parts of the town retain names from this land grant, including Prince's Hill, named for Thomas Prince.

Barrington was part of Swansea, Massachusetts from its incorporation in 1667 (part of the Plymouth Colony until the merger with Massachusetts in 1691). The Baptist residents petitioned for separation from Swansea in 1711, and Barrington was incorporated as an independent town in 1717. It was named after Barrington, Somerset, where many of the English settlers came from.[4]

In 1747, Barrington was ceded to Rhode Island but made a part of Warren, Rhode Island. In 1770, its independence was restored by the Rhode Island legislature.[4]

In the late nineteenth and early twentieth century Barrington was home of the Barrington Brick Works, which made bricks that were used in construction worldwide. Many laborers from Italy lived in Barrington and worked in the brickyard. Their descendents still make up a significant portion of the town population.[4]

Since the 1980s, Barrington has attracted an increasingly affluent population, drawn from academics, professionals, and executives who work in Providence.[4]

There were 6,011 households out of which 40.3% had children under the age of 18 living with them, 68.7% were married couples living together, 7.6% had a female householder with no husband present, and 21.6% were non-families. 18.8% of all households were made up of individuals and 10.0% had someone living alone who was 65 years of age or older. The average household size was 2.73 and the average family size was 3.14.

The public schools offered to its residents include:

Other schools in the town include Barrington Christian Academy,[6][7] St. Luke's,[8] and St. Andrew's School.[9]

Barrington has been home to one college, Barrington College, which closed in 1985.[10] A bible college, Zion Bible College, occupied the campus until 2008.[11] 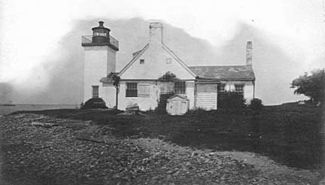