Bennington College is a private, nonsectarian liberal arts college located in Bennington, Vermont, USA. The college was founded in 1932 as a women's college and became co-educational in 1969. It is accredited with the New England Association of Schools & Colleges (NEASC).

The planning for the establishment of Bennington College began in 1923 and took nine years to be realized. While many people were involved, the four central figures in the founding of Bennington were Vincent Ravi Booth, Mr. and Mrs. Hall Park McCullough, and William Heard Kilpatrick.[2]

A Women's Committee, headed by Mrs. Hall Park McCullough, organized the Colony Club Meeting in 1924, which brought together some 500 civic leaders and educators from across the country. As a result of the Colony Club Meeting, a charter was secured and a board of trustees formed for Bennington College. One of the trustees, John Dewey, helped shape many of the College's signature programs such as The Plan Process and Field Work Term through his educational principles.[2]

The first class of eighty-seven women arrived on campus in 1932. The College was the first to include the visual and performing arts as full-fledged elements of the liberal arts curriculum. Every year since the College began in 1932, every Bennington College student has engaged in internships and volunteer opportunities each winter term. Originally called the Winter Field & Reading Period, the two-month term was described by President Robert Devore Leigh in his 1928 Bennington College Prospectus as "a long winter recess giving students and faculty opportunity for travel, field work, and educational advantages of metropolitan life." This internship was renamed twice, as Non-Resident term and, as it is called today, Field Work Term.[2]

In 1934 the Bennington School of Dance summer program was founded by Martha Hill. Martha Graham, Doris Humphrey, Hanya Holm, and Charles Weidman all taught at this laboratory. The program gained attendance by José Limón, Bessie Schonberg, Merce Cunningham, and Betty Ford. In 1935 the administration agreed to admit young men into the Bennington Theater Studio program, since men were needed for theatrical performances. Among the men who attended was the actor Alan Arkin.[2]

In 1951 the U.S. State Department issued a documentary on Bennington highlighting its unique educational approach as a model for the Allied rebuilding of German society after the War.[3]

Built in 1959, the Edward Clark Crossett Library was designed by the award-winning modernist architect Pietro Belluchi. After opening, Crossett Library was featured in Architectural Forum and became a focus of study for many architecture students in the 1960s. Crossett Library went on to win the 1963 Honor Award for library design. In 1968, three new student houses were completed to help house the growing student population and were named in honor of William C. Fels, Jessie Smith Noyes, and Margaret Smith Sawtell. These houses were designed by the distinguished modernist architect Edward Larrabee Barnes who posthumously earned the 2007 American Institute of Architects Gold Medal. In 1969 Bennington became fully co-educational, a move that attracted major national attention, including a major feature story in the New York Times Magazine.

In 1993, the Bennington College Board of Trustees initiated a process known as "The Symposium." Arguing that the college suffered from "a growing attachment to the status quo that, if unattended, is lethal to Bennington's purpose and pedagogy,"[4] the Board of Trustees "solicit[ed]...concerns and proposals on a wide and open-ended range of issues from every member of the faculty, every student, every staff member, every alumna and alumnus, and dozens of friends of the College."[5] According to the Trustees, the process was intended to reinvent the college, and the Board said it received over 600 contributions to this end.[5]

The results of the process were published in June 1994 in a 36-page document titled Symposium Report of the Bennington College Board of Trustees. Recommended changes included the following:

Near the end of June 1994, 27 faculty members (approximately one-third of the total faculty body) were notified by certified mail that their contracts would not be renewed.[10] (The exact number of fired faculty members is listed as 25 or 26 in some reports, a discrepancy partly because at least one faculty member, photographer Neil Rappaport, was reinstated on appeal shortly after his firing.)[11] As recommended in the Symposium, the Trustees abolished the presumptive tenure system, leaving the institution with no form of tenure. The firings attracted considerable media attention.

Some students and alumni protested, and the college was censured for its actions by the American Association of University Professors, who said, "...academic freedom is insecure, and academic tenure is nonexistent today at Bennington College."[12] Critics of the Symposium, and the 1994 firings, have alleged that the Symposium was essentially a sham, designed to provide a pretext for the removal of faculty members to whom the college's president, Elizabeth Coleman, was hostile.[13] Some have questioned the timing of the firings, arguing that by waiting until the end of June, the college made it impossible for students affected by the firings to transfer to other institutions.[14]

President Coleman responded that the decision was fundamentally "about ideas", stating that "Bennington became mediocre over time" and that the college was in need of radical change.[13] Coleman argued that the college was in dire financial straits, saying that "had Bennington done nothing...the future of this institution was seriously in doubt."[15] In a letter to the New York Times, John Barr, Chairman of the Board of Trustees, asserted that Coleman was "not responsible for the redesign of the college...It was the board of trustees".[16]

In May 1996, seventeen of the faculty members terminated in the 1994 firings filed a lawsuit against Bennington College, seeking $3.7 million in damages and reinstatement to their former positions.[22] In December 2000, the case was settled out of court; as part of the settlement, the fired faculty members received $1.89 million and an apology from the college.[23]

For students who have excelled in an undergraduate program in an area other than science and now wish to acquire the prerequisites necessary to apply to medical and other health-related professional schools, Bennington offers a one-year intensive science curriculum.

The program offers advising and support through and beyond the postbac year during the medical school admissions process. Postbac students are both recent college graduates and experienced professionals from many backgrounds advancing on to Dartmouth's Geisel School of Medicine, Harvard, Johns Hopkins, UVM, Yale and other prestigious medical and health profession schools.[35]

The groundbreaking ceremony for Bennington College took place on August 16, 1931 and construction of the original Bennington College campus was completed by 1936. The Boston architectural firm, J.W. Ames and E.S. Dodge designed Commons, the 12 original student houses, as well as the reconfiguration of the Barn from a working farm building into classrooms and administrative offices. The original student houses were named for the people integral to the founding of the College. The campus was built by more than 100 local craftsmen, many of whom had been out of work since the stock market crash of 1929.[2] The campus stretches 440 acres with main campus centered on 10 acres. There are 300 wooded acres, 15 acres of wetland, and 5 acres of tilled farmland. 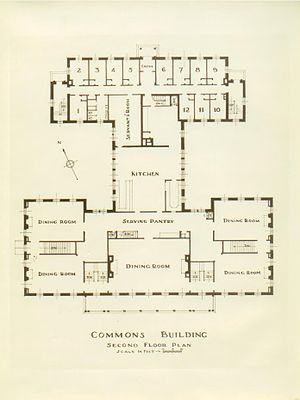 94% of students live on campus. There are 21 student houses and all dorms are co-educational. Each dorm hosts a weekly "Coffee Hour" on Sunday evenings where students discuss campus and house issues together. There are also 15 staff/faculty houses.[36][37]

24-Hour Play
Plays are written and performed in the span of one day.
Pigstock
Springtime party featuring live music and a pig roast.
Roll-a-rama
Roller skating in Greenwall Auditorium.
Sunfest
A day-long music festival in May.

The Silo is a student-run and produced journal of arts and letters at Bennington College. It has been published since 1943.[40]

The Bennington Free Press is the student-run and produced newspaper of Bennington College. It has been published since 2003.[41] 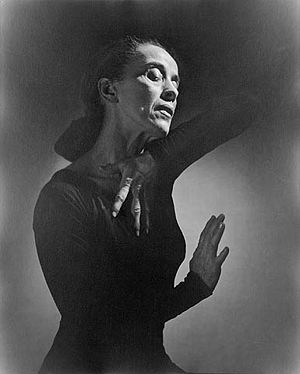