Books-A-Million, Inc., also known as BAM!, is a company that owns the second largest U.S. bookstore chain and is headquartered in Birmingham, Alabama.[4] The company operates over 200 stores in the South, Midwest, and Northeast United States. As of 2010, the company had about 5,500 employees.

In addition to its flagship Books-A-Million superstore division, the company also operates the stores branded Books & Company and book and greeting card stores under the name Bookland. The company's stores mainly operate within either shopping malls or lifestyle centers. Most Books-A-Million stores feature Joe Muggs cafés.

In addition to its primary retail component, the corporation includes a book wholesale and distribution subsidiary, American Wholesale Book Company (AWBC), an e-commerce division operating as booksamillion.com,[5] and an internet development and services company, NetCentral, in Nashville, Tennessee. In 2011, Books-A-Million became the second largest book retailer in the United States, trailing only Barnes & Noble, after the announcement from larger rival Borders Group that it was liquidating all of its assets and going out of business. 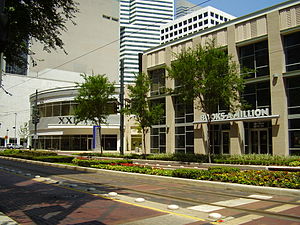 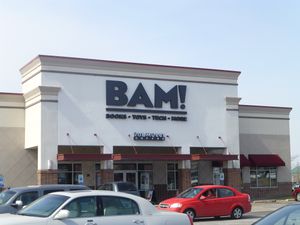 Bookland was the precursor to Books-A-Million. It began as a newsstand on the corner of Court St and Tennessee St in Florence, Alabama, started by Clyde W. Anderson. The profits from the stand allowed him to buy a bookstore, which was then inherited by his sons. They opened new stores and incorporated them under the name Bookland in 1964.[6] Bookland survives as a subsidiary of BAM, focusing on smaller stores, though the number of their stores has shrunk significantly from what was at one point 72 locations[6] to 24 different locations[7] in the US, mostly dispersed through the Southeast.[8]

BooksAMillion.com is the website for the Books-A-Million superstore chain, launched in 1998, but is specifically listed as its own brand.[13] The site offers online dealings in essentially what the superstore also offers, including books, ebooks, toys and gifts, audio, magazines, movies, and music.[11]

NetCentral was acquired by Books-A-Million in 1998,[6] in order to manage their recently opened website. The company is classified in "On-Line Data Base Information Retrieval" and located in Nashville, TN.[18] Upon acquisition, NetCentral "designed and developed the newly refurbished web site for Books-A-Million"[6] The unit designed the current logos for Books-A-Million.[19]

2nd & Charles is a division of Books-A-Million that specializes in trading used books, audio books, CDs, DVDs, video games, game systems, vinyl records and accessories.[22] It opened on September 25, 2010 in Hoover, Alabama across from Riverchase Galleria. They buy and sell based on the condition and popularity of the product.[23][24] Bulk quantities of discounted remaindered books and magazines are not part of the in-stock inventory, unlike its competitor with a similar product mix in the used media space, Half Price Books.

Yogurt Mountain is a division of Books-A-Million acquired on April 1, 2010. According to the press release, "Yogurt Mountain, an exciting self serve yogurt concept features 16 rotating flavors all of which are fat free or low fat and offers over 50 toppings for consumers to choose from. Yogurt Mountain's stores cater to the growing trend in healthy foods in a unique and entertaining environment." Yogurt Mountain currently operates over 30 locations in 14 states.[25]

In 2014, Books-A-Million was identified by the publication 24/7 Wall St. as America's worst company to work for, citing low satisfaction among employees due to "high stress and low pay... low chance of promotion, [and] hours are based on magazine and discount card sales."[26] Since release of the 2014 survey, Books-A-Million's rating has risen and they were not included in the 2015 list of companies.[27]