The British Western Pacific Territories was the name of a colonial entity, created in 1877, for the administration, under a single representative of the British Crown, styled High Commissioner for the Western Pacific, of a series of Pacific islands in and around Oceania. Except for Fiji and the Solomon Islands, most of these colonial possessions were relatively minor.

The composition of the territories varied over time. The most durable members were Fiji (from 1877 to 1952) and the Solomon Islands (from 1893 to 1976). Between 1942 and 1945, the high commission was suspended. While most islands were under British military administration, the Solomon Islands, Gilbert Islands and Phoenix Islands came under Japanese occupation.

Most of the island groups had gained either independence or internal self-government by 1971. On 2 January 1976 after nearly all had been given separate statehood, the office of High Commissioner and the entity of the Pacific Territories were abolished. A remnant of the High Commission, however, was the right of appeal from the courts of many island nations to the Fijan Court of Appeal, which persisted into the late 1970s.[2] With the independence of Kiribati in 1980, all islands formerly a part of the Territories (except the Pitcairn Islands) had either gained independence or been attached to other entities.

In 2002 the archived records of this High Commission were transferred to New Zealand, and are now held at The University of Auckland Library, Special Collections.[1] 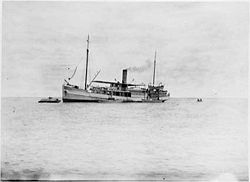