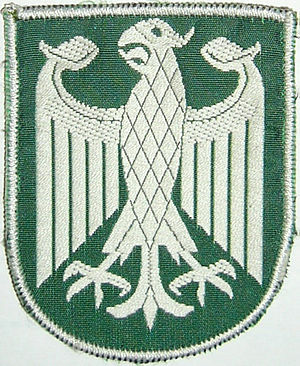 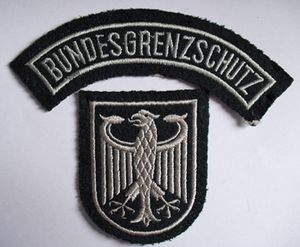 Bundesgrenzschutz (BGS; English: Federal Border Guard) was the first federal police organization in Western Germany after World War II permitted by the Allied occupation authorities. In July 2005, the BGS was renamed Bundespolizei (Federal Police) to reflect its transition to a multi-faceted police agency. This was controversial due to the German constitution expressly granting law enforcement power to the states. The fact that the border guard function was so limited allowed its formation notwithstanding this restriction, however in the modern day it has become a fully fledged police force.

The BGS was established in 1951 after the Cold War had begun but travel between East and West Germany was not yet restricted by the Berlin Wall (1961). When German nationals could move freely from the DDR to the BRD in Berlin, people attempting to cross illegally elsewhere were likely to be either commercial smugglers or espionage agents carrying contraband (e.g. radio transmitters.). Occupation authorities judged this could be better policed by a permanent force of Germans who knew the border woods and mountains intimately (rather than British or US troops who rotated out of Germany after a year or two) and at German rather than Allied expense. The BGS was organized along paramilitary lines in battalions, companies, and platoons, and was armed as light infantry. It remained a police force controlled by the Ministry of Interior rather than by the Ministry of Defense.[1]

On 3 October 1953 The Bundespasskontrolldienst (passport control service) was transferred to the BGS and was now deployed on the entire German border.[1]

The BGS was initially a paramilitary force of 10,000 which was responsible for policing a zone 30 kilometres (19 mi) deep along the border. It eventually became the basis for the present national semi-militarised police force.[2] Its numbers were later expanded to 20,000 men, a mixture of conscripts and volunteers equipped with armoured cars, anti-tank guns, helicopters, trucks and jeeps. Although it was not intended to be able to repel a full-scale invasion, the BGS was tasked with dealing with small-scale threats to the security of West Germany's borders, including the international borders as well as the inner German border. It had limited police powers within its zone of operations to enable it to deal with threats to the peace of the border. The BGS had a reputation for assertiveness which made it especially unpopular with the East Germans, who routinely criticised it as a reincarnation of Hitler's SS. It also sustained a long-running feud with the Bundeszollverwaltung over which agency should have the lead responsibility for the inner German border.[3]

In 1972 the BGS became responsible for the security of the Federal Constitutional Court, the Bundespräsidenten (Federal President), the Bundeskanzler (Federal Chancellor), the Foreign Office and the Federal Ministry of the Interior.[1] On 1 January 1974 the BGS became an all volunteer force and in 1987 started recruiting women.[1]

1 June 1990 saw the elimination of border patrols and control of persons at the Inner-German border.[1]

The strength of the BGS was 24,000 in early 1995. Among other things, it was equipped with armored cars, machine guns, automatic rifles, tear gas, hand grenades, rifle grenades, and antitank weapons. All personnel on border and security duty wore sidearms. Five units had light aircraft and helicopters to facilitate rapid access to remote border areas and for patrol and rescue missions. Some units because of specialised training and equipment, as well as operational area (e.g. Bavarian Alps) were in effect Mountain Troops. 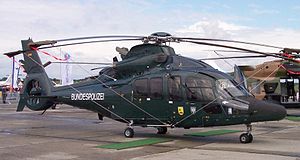 A coast guard force called the Bundesgrenzschutz-See, as part of the Koordinierungsverbund Küstenwache or Coast Watch, was founded 7 January 1951[1] an consisted of approximately 550 members formed part of the BGS. It was equipped with fourteen large patrol craft and several helicopters.

In addition to controlling Germany's border, the BGS Alert police served as a federal reserve force to deal with major disturbances and other emergencies beyond the scope of Land police. The BGS guarded airports and foreign embassies, and several highly trained detachments are available for special crisis situations requiring demolition equipment, helicopters, or combat vehicles.

Up to 1972 the BGS was organized in 8 units known as Grenzschutzgruppen (Border Guard Units) GSG-1 to GSG-8.

After shortcomings in police procedures and training were revealed by the terrorist attack on Israeli athletes at the 1972 Summer Olympics, a BGS task force known as Grenzschutzgruppe 9 (GSG-9) was formed to deal with terrorist incidents, especially hostage situations. The GSG-9 won world attention when it rescued eighty-six passengers on a Lufthansa Flight 181 airliner which was hijacked to Mogadishu, Somalia, in 1977. 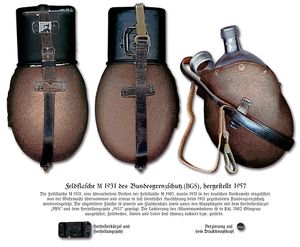 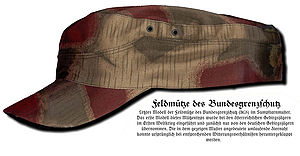 A military rank structure similar to that of the Bundeswehr was replaced in the mid-1970s by civil service-type personnel grades. The service uniform was green, but field units did wear camouflage fatigues and, at times, steel helmets.

The West German Railway Police (Bahnpolizei), formerly an independent force, and the East German Transportpolizei were restructured under the BGS in 1990 when the railway was on the way to privatization. The reason that the Länder police forces are not competent for the railway that the (formerly federally run) railway remains a federal competency. 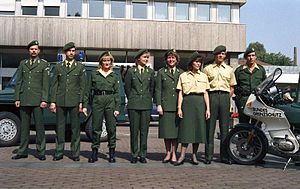 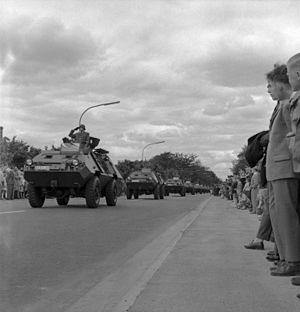 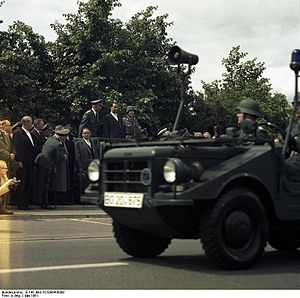 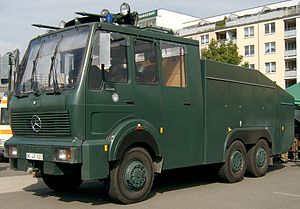 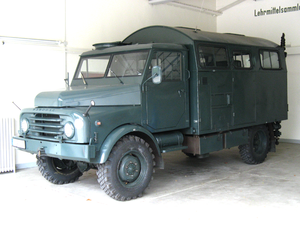 German language pages on the BGS: 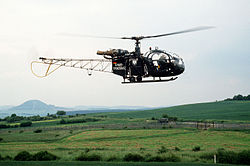