CBeebies is a BBC television network for programming aimed at encouraging "learning through play in a consistently safe environment for children aged 8 or under",[1] and providing "high quality, mostly UK-produced programmes".[2]

The name is used to brand the free-to-air domestic British channel, and is used for international variants supported by advertising, subscription or both. The channel was first launched in 2002.

The CBeebies channel launched on 11 February 2002.[3] The domestic CBeebies channel broadcasts from 6:00 a.m. to 7:00 p.m. each day[4]– a result of the channel sharing bandwidth with the channel BBC Four on the Freeview platform. The station was joined later on by an audio counterpart, CBeebies Radio, which broadcast for three hours each day on the radio station BBC Radio 7, however since the station was rebranded as BBC Radio 4 Extra this obligation has ceased. Later on they launched a weekly publication called CBeebies Weekly.

Since 27 March 2013, CBeebies has been carried by the British Forces Broadcasting Service, sharing a channel with BFBS Extra.[5]

The channel is available in the Republic of Ireland, Singapore, Hong Kong, Poland, Indonesia, Mexico, Africa, Australia, and the United States (in Spanish only). In March 2011, the on demand version of the network was launched in the US and is available on Xfinity.

On 13 May 2011, CBeebies was launched as a program block on BBC Kids in Canada, available on weekdays between 9:00 a.m. and 3:00 p.m., serving a similar schedule to the main channel.

In the UK, CBeebies is operated by the BBC Children's division and part of BBC North. The division is also responsible for CBBC and overall strategic responsibility for all of the BBC's domestic services for children rests with the Director of Children's, Joe Godwin (since late 2009). The direction of the domestic CBeebies channel itself rests with Kay Benbow, the current Controller of the channel and responsible for commissioning all CBeebies content across BBC television, online, interactive TV, and radio.[7] She took over from the first controller Michael Carrington in 2010.[8]

Internationally, CBeebies is owned by BBC Worldwide, who operate the brand.

CBeebies offers a mix of mostly UK-produced entertainment and educational output designed to encourage learning through play. These goals are realised through a range of programmes about simple science, natural history, music and movement, storytelling, make up and make do, puzzle programmes and animation.[9] The channel's schedule is deliberately the same every weekday, with a different schedule at weekends, so that children can know what is on instinctively. The schedule also includes signed programmes, shown in the UK between 14:00 and 17:00 on weekends.

The international channels also show many programmes broadcast on the UK channel, however some include programmes unique to that service or are available through other networks in the UK (for example, Humf, which airs on Nick Jr. in the UK). Inversely however, shows that air on CBeebies in the UK may air on networks other than CBeebies worldwide (for example, Chuggington airs on Disney Junior Asia instead of CBeebies in the Asian region). Also, the international CBeebies airs 24 hours a day, unlike the UK variant.

The following is a list of the ten most watched shows on CBeebies, based on Live +7 data supplied by the Broadcasters' Audience Research Board.[10]

The links between programmes on CBeebies are primarily achieved through the use of in-vision continuity, using presenters to interact with the children. In the UK, links are pre-recorded rather than broadcast live, as is the case on sister channel CBBC. They were originally pre recorded from studio TC0 at BBC Television Centre in London, however moved out in 2008 to Teddington Studios, and returned briefly in 2010. From September 2011, the links have been based at the BBC's Northern base at MediaCityUK in Salford, Greater Manchester, following the move of the BBC Children's department there. International variants feature broadcast links produced either in the corresponding country, or from a central base.

As well as hosting some of the shows, a number of presenters fill the gaps between the CBeebies shows, performing little sketches, showing viewers' birthday cards, and introducing the shows. Many of the presenters used to have histories as characters on other services or on children's programmes.

In the UK, presenters seen on the channel and the stranded service are:

There are also 8 former UK presenters:

The longest serving member is Sloane who introduced the programmes, along with most of the other presenters, for just over a decade (11 years).

The international variants feature different personalities per broadcast region. In Australia, Tara Colegrave is the main presenter since 2008,[14][15] while in Hong Kong and Singapore Nisha Anil is the main presenter.[15][16][17] The Latin American variant uses Roser Cabañas, present on-screen since 2009,[18] with the Polish channel showcasing Aneta Bożena Piotrowska as main presenter since 2008. From November 2014 to June 2015, Aneta also appeared as a continuity presenter in the UK. On 24 April 2015, Aneta resumed presenting duties in the UK. [16][19] The South African channel utilises Sidney Sloane.[15]

In the UK, the CBeebies channel uses stranded segments throughout the day.

From 3 April 2004[20] to early 2006, each weekend was divided into six segments; five of which presented by one of the original five "core presenters" namely Chris Jarvis, Nicole Davis, Pui Fan Lee, Sid Sloane and Sue Monroe. Each was given a core theme (for instance Sid's segment included "building and making" programmes such as Bob the Builder, Sue's included arts and crafts theme programmes and so on). This went on until 6:00 p.m., where a segment titled The Bedtime Hour was aired. This segmentation was later dispensed in 2006 when Sue Monroe and Nicole Davis left with only the Bedtime Hour segment retained.

In March 2007, the segments were revived and modified to denote the time of day and the levels of activity. These segments are:

When these segments were initially introduced, each segment featured its own presenting team and set, with Chris Jarvis and Pui Fan Lee who left in January 2009 then Alex Winters and Cerrie Burnell presenting Discover and Do in the CBeebies "living room"; Lunch Time in the "kitchen"; Bedtime Hour in the "bedroom"; Sidney Sloane and Andy Day presenting Get, Set, Go! in the "living room" and Big Fun Time in the "garage". However, since moving production to Manchester this is no longer the case, with the exception of Bedtime Hour which is presented from the area nearest the house's bed. 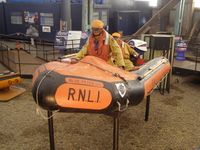 While the lunchtime story is usually read by one of the regular presenters, the final show of each day, the "Bedtime Story" is read by a guest storyteller, including well known actors, comedians, and past presenters of BBC children's television. Some notable storytellers in this slot have included Simon Pegg, David Hasselhoff, Lulu, Damian Lewis, Rosamund Pike, Toby Stephens, Ben Faulks, Michael Rosen and Floella Benjamin. In an unusual move, James Bolam appeared on "Bedtime Story" in costume and in character as Grandpa from Grandpa in My Pocket, not as himself.

On 16 July 2013, the BBC announced that a high-definition (HD) simulcast of CBeebies would be launched by early 2014.[26] The channel launched on 10 December 2013, though was rolled-out nationwide up to June 2014 (as did BBC News HD and BBC Four HD).[27] The channel broadcasts on the BBC's new HD multiplex on Freeview and shares its stream with BBC Four HD as they air at different times. Prior to launch, the majority of CBeebies' HD output was broadcast on BBC HD before its closure on 26 March 2013.

The CBeebies website coincided with the launch of the UK channel in February 2002 and showcases a child friendly site with activities themed to all CBeebies programmes, past and present, with games, songs and print-outs featuring for nearly all shows. The UK version also features links to CBeebies iPlayer, a child friendly version of the BBC iPlayer featuring CBeebies programmes only, to CBeebies radio player and a dedicated micro site containing advice for raising children and toddlers called CBeebies Grown-ups, which was relaunched in 2011.[28][29][30]

The international channels are run by BBC Worldwide, and their websites are operated by the company also. As a result, not all of them are the same and some channels have less extensive websites than other services. CBeebies channels in Asia, Australia, Poland, South Africa and the USA all have their own international variant.

CBeebies Land opened in May 2014. Designed as a retheme of the previous Storybook Land and Old McDonald's Farmyard areas of the Alton Towers Resort theme park. It contains a range of themed rides, attractions as well as live entertainment based around various popular programmes. Containing various indoor and outdoor activities aimed at making an immersive and interactive world for children and young families.

The site based within Alton Towers Resort in Staffordshire includes some of the more popular characters from the original channel for guests to meet. Described as a 'fun environment for pre-schoolers to play and learn' by critics.[31]

At the start of the year, the theme park sporadically released information on the characters involved in the development via their Facebook and Twitter accounts.

Stephen Gould, commercial director at DHX Media who licence In The Night Garden commented, "We are extremely excited to be working in partnership with BBC Worldwide, Merlin Entertainments and Alton Towers Resort on this new venture. In The Night Garden is the ideal draw brand to provide a fun, nurturing, inspiring and immersive environment for CBeebies Land and its visitors."[34]

The fourth reveal on 7 January was that of Nina and the Neurons[35] Based around the popular show which sees Nina, with the help of her animated sense Neurons, explain how and why the world around us works as it does. Nina's Science Lab will bring together the Neurons to show how they control your five senses. In a hands-on scientific attraction, children will learn how their bodies work and what they do.[36]

The UK channel and the programmes it has broadcast have received a number of awards throughout the years. In 2002, the Cbeebies Interactive TV Services was nominated in the Best Interactive Service category and CBeebies Online was nominated in the same category in 2005 at the BAFTA Children's Awards. The channel was awarded Best Children's Channel and Highly Commended at the Broadcast Digital Channel Awards 2006,[37] however only achieved a nomination in 2007[38] and 2008.[39] The channel was also named Children's Channel of the Year at the BAFTA Children's awards in 2007,[40] 2010,[41] 2011 [42] and 2013 [43] and was nominated for Channel of the Year in 2008 and 2009[44]

The CBeebies UK website was nominated Best Interactive Site at the 2007 BAFTA Children's awards,[40] and the brand as a whole also won the Best Design and Innovation award by the Royal Television Society, whose awarding panel said "Its website is an integral part of the brand, with its TV production and online teams working together to create innovative game play and immersive web experiences."[45]