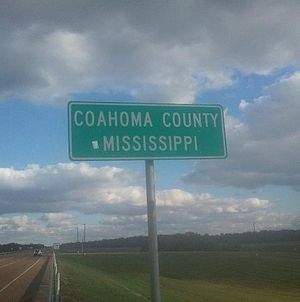 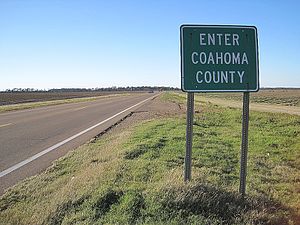 The Clarksdale, MS Micropolitan Statistical Area includes all of Coahoma County. It is located in the Mississippi Delta region of Mississippi.

Coahoma County was established February 9, 1836, and is located in the northwestern part of the state in the fertile Yazoo Delta region. The name "Coahoma" is a Choctaw word meaning "red panther." The act creating the county defined its limits as follows:

In the early days of the county, before the construction of railways or extensive roadways inland, the Mississippi River was the primary transportation route, and the first three county seats were each located on the river. In 1836, Port Royal was designated as the first county seat.[4] In 1841, high waters on the Mississippi River flooded Port Royal, and in 1842 the county seat was moved to the town of Delta.[5] High waters on the Mississippi also flooded Delta, and in 1850 the county seat was moved to Friars Point,[5] which had a population of about 1,000 in 1920, and received its name in honor of Robert Friar, an early settler. As nearby Clarksdale grew in population and influence, it challenged Friars Point's hold on the county government, and in 1892, Coahoma County was divided into two jurisdictions, one going to Friars Point and the other to Clarksdale. In 1930, the county seat was given exclusively to Clarksdale,[6] which had a population of 7,500 in 1920. Clarksdale is now the largest and most important city in the county, and was named for John Clark, a brother-in-law of Governor James L. Alcorn, whose home, Eagle’s Nest, was in this county.