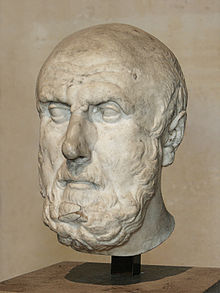 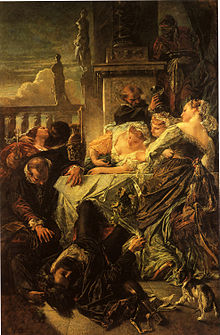 Death from laughter refers to a rare instance of death, usually resulting from cardiac arrest or asphyxiation, caused by a fit of laughter. Instances of death by laughter have been recorded from the times of Ancient Greece to the modern day.

Death may result from several pathologies that deviate from benign laughter. Infarction of the pons and medulla oblongata in the brain may cause pathological laughter.[1]

Laughter can cause atonia and collapse ("gelastic syncope"),[2][3][4][5] which in turn can cause trauma. See also laughter-induced syncope, cataplexy, and Bezold-Jarisch reflex. Gelastic seizures can be due to focal lesions to the hypothalamus.[6] Depending upon the size of the lesion, the emotional lability may be a sign of an acute condition, and not itself the cause of the fatality. Gelastic syncope has also been associated with the cerebellum.[7]