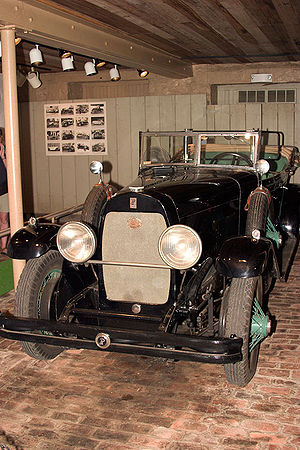 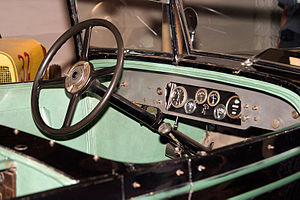 Du Pont Motors was founded by E. Paul du Pont to produce marine engines for the Allied nations in World War I. After the war, the Du Pont Motor Company produced extremely high-end automobiles.[1] The cars were manufactured in Wilmington, Delaware.

E. Paul du Pont's resources allowed him to hire quality automotive and management talent. The company's first product, the Model A, was introduced at the 1919 International Salon at the Commodore Hotel in New York City (an event for the wealthy by invitation only, along with the finest manufacturers and coach builders). The Model G was introduced in 1928 with a 5.3 liter side-valve straight eight engine of 125 hp (93 kW).

Between 1919 and 1931, Du Pont produced only some 537 automobiles,[2] most of which no longer exist. They were compared to such luxury cars as Packard, Cadillac and even Duesenberg, and were known for their quality and style. Customers included Mary Pickford, Douglas Fairbanks, Will Rogers and Jack Dempsey. The company went bankrupt in 1932 and merged into the Indian Motorcycle Company when E. Paul du Pont purchased the Indian Company.[1]