From Infogalactic: the planetary knowledge core
Jump to: navigation, search
Not to be confused with Prefecture for the Economic Affairs of the Holy See or Institute for the Works of Religion. 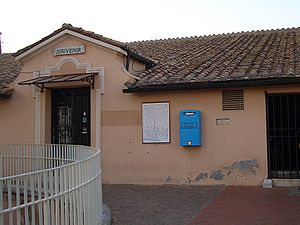 A souvenir shop on the roof of St. Peter's Basilica 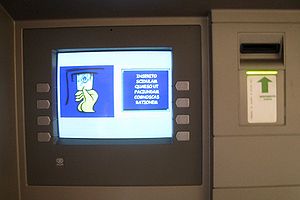 An ATM in Vatican City with Latin instructions

The unique, noncommercial economy of Vatican City is supported financially by contributions (known as Peter's Pence) from Roman Catholics throughout the world, the sale of postage stamps and tourist mementos, fees for admission to museums,[1] and the sale of publications.

Printing and production of a small amount of mosaics and staff uniforms; worldwide banking and financial activities[citation needed]

Euro (since 2002). Vatican City depends on Italy for practical production of banknotes, stamps and other valuable titles.[citation needed] Owing to their rarity, Vatican euro coins are sought by collectors.[citation needed]

The fiscal year is the Calendar year.[citation needed]