From Infogalactic: the planetary knowledge core
Jump to: navigation, search
Not to be confused with namesake. 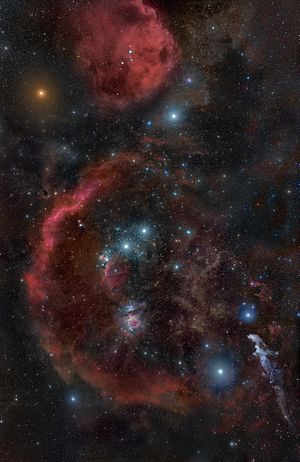 The mythological Greek hero Orion is the eponym of the constellation Orion, shown here, and thus indirectly of the Orion spacecraft.[1]

An eponym is a person, a place, or thing for whom or for which something is named, or believed to be named.[2] For example, Elizabeth I of England is the eponym of the Elizabethan era.

Many genericized trademarks such as aspirin,[3] heroin[4] and thermos[5] are based on their original brand eponyms.

The adjectives derived from eponym, which include eponymous and eponymic,[2][6] similarly refers to being the person or thing after whom something is named, as "the eponymous founder of the Ford Motor Company" refers to founder's being Henry Ford.[7][8] Recent usage, especially in the recorded-music industry, also allows eponymous to mean "named after its central character or creator".[7]

Time periods have often been named after a ruler or other influential figure:

For examples, see the comparison table below.