The EWTN Global Catholic Network (Eternal Word Television Network - Global Catholic Network) is an American television network which presents around-the-clock Catholic-themed programming. It was founded by Mother Mary Angelica of the Annunciation, PCPA in 1980 and began broadcasting on August 15, 1981,[citation needed] from a garage studio at the Our Lady of the Angels Monastery in Irondale, Alabama, which Mother Angelica founded in 1962.[citation needed] She hosted her own show, Mother Angelica Live until suffering a major stroke and other health issues in September 2001.[4] Repeats now air as either the Best of Mother Angelica Live or Mother Angelica Live Classics. She now leads a cloistered life at the Shrine of the Most Blessed Sacrament in Hanceville, Alabama.

The network, through diocesan television channels in other Catholic countries, advertises itself as the EWTN: The Global Catholic Network. Regular programs include a daily Holy Mass and sometimes Tridentine Mass format, the traditional Stations of the Cross, a taped daily recitation of the Rosary, and daily and weekly news, discussion, and Catechetical programs for both adults and children. Christmas and Easter programming; the installation Masses of bishops and cardinals; coverage of World Youth Days; and papal visits, deaths, funerals, conclaves, and elections are also presented. EWTN also has a presence on satellite[5] and shortwave radio.[6] Spanish language broadcasts are available on all platforms.[7] On December 8, 2009, EWTN began broadcasting in high-definition.[8]

EWTN has occasionally been the subject of criticism for its social, political and theological positions regarding the tone and presentation of Catholic doctrine. The network's current chairman of the board and chief executive officer is Michael P. Warsaw.[9] While the network has trustees, it does not have shareholders or owners. A majority of the network's funding is from viewer donations to which it advertises 100% viewer supported, which keeps it from advertising secular or non-Catholic programming. Its traditional plea for donations is "Keep us between your gas and electric bill".[10][11]

The EWTN network also contributes in the publication of the National Catholic Register newspaper, which was acquired in January 2011.[12] The network maintains a web presence through its primary website, EWTN.com, and it also has a dedicated commerce site, EWTNReligiousCatalogue.com.[13] 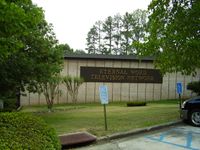 Mother Angelica made her profession of vows in 1953. In 1962, she established the Our Lady of the Angels monastery. During the 1970s, she was an in-demand lecturer and produced educational pamphlets and audio and video tapes. She had been a guest on local station WBMG (currently WIAT, Channel 42), and on shows on the Christian Broadcasting Network and the Trinity Broadcasting Network. After she gave an interview on then-Christian station WCFC (Channel 38) in Chicago, she decided she wanted her own network. "I walked in, and it was just a little studio, and I remember standing in the doorway and thinking, 'It doesn't take much to reach the masses'. I just stood there and said to the Lord, 'Lord, I've got to have one of these'".[14]

Mother Angelica purchased satellite space and EWTN began broadcasting on August 15, 1981, with four hours of daily programming, which included her own show, Mother Angelica Live (aired bi-weekly), a Sunday Mass, and reruns of older Catholic programs such as Archbishop Fulton J. Sheen's Life Is Worth Living. The remainder of the time was filled with shows produced by dioceses across the country, shows from Protestant sources which Mother Angelica determined were in concert with Catholic teachings, and children's shows such as Joy Junction and The Sunshine Factory. About one-third of programming time consisted of secular content, such as re-runs of The Bill Cosby Show, public domain films, and cooking and western-themed shows. EWTN eventually increased its broadcast schedule to six hours per day and then to eight hours per day by 1986. Secular content was gradually reduced from 1986 to 1988, and satellite distribution was expanded late in 1987, after which EWTN acquired a far more desirable satellite channel and began broadcasting around the clock. At this point, EWTN began broadcasting the praying of the rosary on a daily basis and added a number of educational shows. In-house production of original programming gradually increased. The Mass became televised daily in 1991 from a chapel on the monastery grounds. Most shows from non-Catholic sources were eliminated and a more theological image gradually developed.

In 1999, programs included "Mother Angelica Live" and "Life Is Worth Living" with Archbishop Fulton J. Sheen. WGSN in North Myrtle Beach, South Carolina was an affiliate.[15] Current radio programs include "Open Line" in which callers can get answers about the Catholic Faith.

In 2004, EWTN announced an agreement with Sirius Satellite Radio which has since merged with XM Radio to become Sirius XM Radio.

In January 2011, EWTN acquired the National Catholic Register, a newspaper founded in Denver, Colorado in 1924 as a periodical for local Catholics and which became a national publication three years later. EWTN officially assumed total control on February 1.[12]

The EWTN news department produces a daily news service for television and radio, featuring news sources including Vatican Radio. They also produce The World Over Live, which covers relevant current events. It is hosted by journalist and author Raymond Arroyo, who is also EWTN's news director. The program is conservative in its political orientation and generally conservative in its religious orientation. Notable guests have included Robert Rector of the Heritage Foundation, author and activist George Weigel, political commentator Laura Ingraham, conservative political commentator Pat Buchanan, and the late columnist and commentator Robert Novak, a Jewish convert to Catholicism.

In its early history, EWTN broadcast Catholic-produced programming from a wide variety of Catholic sources. This ranged from Catholic charismatic programming such as Fr. Michael Manning, to shows focusing on social reform and social justice, such as Christopher Closeup, to doctrinal teaching shows hosted by various clergy.

In the early 1990s, EWTN began producing more of its own shows. This marked a distinctive conservative shift in the network's overall orientation, with programs featuring topics on social reform and justice gradually being phased out and replaced with general doctrinal teaching and discussion programs. This shift was apparent in the daily televised Masses, which, in 1992, began incorporating Latin into the liturgy and gradually no longer featured contemporary music. Some non-televised Masses are in all English and some have more contemporary music. On Christmas Eve 1993, Mother Angelica and the nuns of her order reverted to traditional habits. From 1992 on, the Latin portions of the Mass included the Gloria, introduction of the Gospel readings, the Sanctus, and the rest of the mass after the Great Amen, beginning with the Lord's Prayer.

Among its notable weekly programs are The Journey Home and Life on the Rock. The Journey Home, hosted by Marcus Grodi, is aimed at converts to the Catholic faith. Grodi himself is a former Presbyterian minister who converted to Catholicism in 1992.[16] Although most guests are former Protestants, former adherents of non-Christian faiths (such as Judaism) and former atheists have occasionally appeared. Life on the Rock is hosted by Fr. Mark Mary, MFVA and Doug Barry.

EWTN HD, a high definition simulcast of EWTN, became available to affiliates on December 8, 2009. President and CEO Michael P. Warsaw said "We chose to launch HD in December so we could bring our viewers all the beautiful images of the Christmas season using the most advanced technology. We are proud to say that we are the only Catholic television network available in this format."[17] The HD feed first became available to Comcast customers in Richmond, VA and vicinity on May 11, 2010.[18]

In October 2011, EWTN became available through the Roku streaming player. The player provides six live channels of EWTN for free (including English, Spanish and German languages), allowing users to watch the channel on their television. In addition, select EWTN programs can be viewed as a video on demand option as well as a live feed of EWTN Radio is available.[19]

In a 1993 episode of Mother Angelica Live, Mother Angelica harshly criticized a mimed re-enactment of the Stations of the Cross at the World Youth Day in Denver, Colorado, which was attended by Pope John Paul II. Mother Angelica was particularly upset that a woman was playing Jesus. Archbishop Rembert Weakland of the Archdiocese of Milwaukee called Mother Angelica's comments "...one of the most disgraceful, un-Christian, offensive, and divisive diatribes I have ever heard".[20] Mother Angelica responded by saying, "He didn't think a woman playing Jesus was offensive? He can go put his head in the back toilet as far as I am concerned!"[20]

In 1997, Mother Angelica publicly criticized Cardinal Roger Mahony, then the archbishop of the Archdiocese of Los Angeles, for his pastoral letter on the Eucharist called "Gather Faithfully Together: A Guide for Sunday Mass", which she perceived had a lack of emphasis on transubstantiation:[21] "I'm afraid my obedience in that diocese would be absolutely zero. And I hope everybody else's in that diocese is zero".[22] Cardinal Mahony regarded her comments as accusing him of heresy.[23] Mother Angelica later issued a conditional apology for her comments.

In 1999, Bishop David Foley of the diocese of Birmingham, Alabama issued a decree prohibiting priests in his diocese from celebrating Mass ad orientem (which literally means "to the east", but in this case means with the priest and the people facing to the tabernacle so that the people do not view the face of the priest) under most circumstances.[24] Although the decree did not specifically mention EWTN, the wording of the decree, which stated that "...any Mass that is or will be televised for broadcast or videotaped for public dissemination", supporters and critics alike generally agreed that the decree was written with EWTN specifically in mind. Bishop Foley stated that the practice of having the priest's back to the people "amounts to making a political statement and is dividing the people."[24]

On January 1, 2006, a book critical of EWTN, EWTN: A Network Gone Wrong by Christopher Ferrara, was published. The book claimed that EWTN was firmly embracing a pre Vatican II Catholicism along with Mother Angelica. The book further claims that once Mother Angelica ended her daily involvement with EWTN the network became "Modernist" and pro Novus Ordo. According to the book's promotional website, "Basing itself on extensive evidence taken from EWTN's own content, and comparing that content to the perennial belief and practice of the Church, the book shows that EWTN's 'moderately Modernist' version of the Faith is precisely what St. Pius X had in view when he condemned Modernism in all its forms, including what His Holiness called 'the Modernist as reformer'."

In 2000, Archbishop Roberto González Nieves of San Juan, Puerto Rico performed an apostolic visitation of EWTN. There is some dispute whether the visitation was valid since the United States is not under the jurisdiction of Puerto Rico. Nieves determined that there were three distinct problems: the actual ownership of the network, the monastery's right to give property to EWTN, and, since she had never been elected, the legitimacy of Mother Angelica's authority.[25]

Subsequently the matter was resolved when, in 2009, EWTN was given the Pro Ecclesia et Pontifice directly by the Holy See. This award was given to Mother Angelica and the EWTN leadership as an expression of gratitude for their service to the Church.[26]