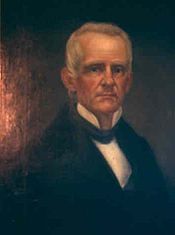 After receiving admission in 1824 to the state bar by a special act of the Georgia General Assembly as he was not yet twenty-one, Nisbet began the practice of law in Madison, Georgia.

Nisbet resigned from the U.S. House in 1841, due to "the condition of his private affairs and a growing distaste for political life."[1] Nisbet was later elected as one of the three initial justices of the Supreme Court of Georgia in 1845, and he served as an associate justice on that court until 1853. In 1861, Nisbet was a delegate to the Georgia Secession Convention and signed the Ordinance of Secession. He also ran an unsuccessful campaign to become Governor of Georgia in that same year. Nisbet served as a trustee of UGA from 1864 until his death in 1871 in Macon, Georgia. He was buried in that city's Rose Hill Cemetery.