The Eurocopter (now Airbus Helicopters) AS550 Fennec and AS555 Fennec 2 are lightweight, multipurpose military helicopters manufactured by Eurocopter Group (now Airbus Helicopters). Based on the AS350 Ecureuil and AS355 Ecureuil 2 series, they are named after the fennec fox. The armed versions of the AS550 and AS555 can be fitted with coaxial weapons, rockets, torpedoes and various other munitions.

As a result of the Vienna Treaty, military variants of the Écureuil were marketed under a separate designation; thus from 1990 onwards the type was marketed as the Fennec.[1]

In February 2007, India selected the AS550 C3 Fennec over the Bell 407 helicopter in a deal for 197 helicopters worth 500 million USD.[2] This deal was suspended in June 2007 because of concerns of alleged corruption in the bidding process, and cancelled outright on 6 December 2007.[3] The contract is now being re-competed, and the AS550 C3 is among the helicopters competing for the deal. However India chose Kamov Ka-226T over AS550 C3 in the refreshed tender.[4][5]

On 20 January 2011, Royal Malaysian Navy PASKAL commandos rescued a hijacked Malaysian chemical tanker and its crew from Somali pirates. A Fennec helicopter provided reconnaissance and aerial gunfire to keep the pirate's mother ship at bay while commandos boarded the tanker.[6] 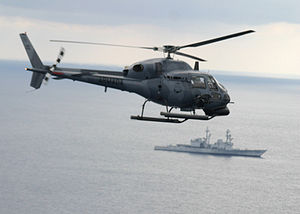 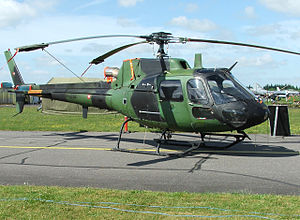 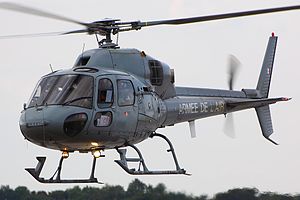 A Twin Squirrel of the French Air Force 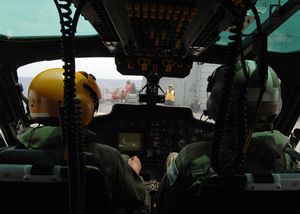