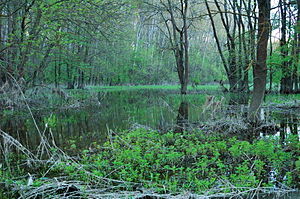 In the Amazon Basin of Brazil, a seasonally flooded forest is known as a várzea, a use that now is becoming more widespread[citation needed] for this type of forest in the Amazon (though generally spelled varzea when used in English). Igapó, another word used in Brazil for flooded Amazonian forests, is also sometimes used in English. Specifically, varzea refers to whitewater-inundated forest, and igapo to blackwater-inundated forest. 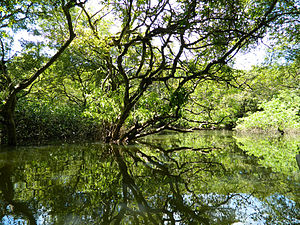