Germantown Academy, informally known as GA and originally known as the Union School, is the oldest nonsectarian day school in the United States. The school was founded on December 6, 1759, by a group of prominent Germantown citizens in the Green Tree Tavern on the Germantown Road.[1] Germantown Academy enrolls students from pre-kindergarten to 12th grade and is located in the Philadelphia suburb of Fort Washington, having moved from its original Germantown campus in 1965. The original campus (see Old Germantown Academy and Headmasters' Houses) is listed on the National Register of Historic Places. The school shares the oldest continuous high school football rivalry with the William Penn Charter School, which celebrated its 120th anniversary in 2006. The academy recently completed the first two phases of a campus rebuilding plan.

The Union School was founded on the evening of December 6, 1759, at the Green Tree Tavern on Germantown Avenue. The school was founded by prominent members of the Germantown community who wished to provide a country school for their children. As some of the founders and residents of Germantown were of German descent, it was decided that the school be opened with both English and German speaking departments. The founders chose David James Dove to head the English department and Hilarius Becker of Bernheim, Germany, to head the German school. In 1761, land was given to the school by trustee Charles Bensell, and a schoolhouse with its iconic belfry was constructed.

The school found itself in the crossroads of early American history. In 1777, the Battle of Germantown was fought on the front lawn of trustee Benjamin Chew at his home Cliveden less than a mile from campus. During the American Revolution, the school served as a hospital and camp for British soldiers. Legend says that the British officers played the first game of cricket in America on the Academy's front lawn. After the war, the school was visited by President George Washington. Washington sent his adopted step-grandson George Washington Parke Custis to the Academy during the 1793 yellow fever epidemic in Philadelphia. The school was visited by the Marquis de Lafayette on his 1825 visit to America and hosted Fernando, the adopted son of South American liberator Simón Bolívar. In 1830, Amos Bronson Alcott, father of Louisa May Alcott, was appointed headmaster and attempts were made to co-educate the school but were quickly abandoned.[2]

After the Civil War, the school was in decline, with a small student body and outdated facilities. In 1877, Dr. William Kershaw was appointed headmaster. Under his leadership, the Academy gained prominence and expanded its activities with the introduction of the Inter-Academic League (1887), The Belfry Club, one of the oldest high school drama clubs in the country (1894), and The Academy Monthly (1885), one of the oldest student literary magazines still in existence. During his headmastership, GA graduated a future University of Pennsylvania president, a Supreme Court justice, and a primate of the Episcopal Church.

After the World Wars, GA was led by headmaster Donald Miller who was instrumental in the move from Germantown to the current Fort Washington campus. By the 1960s, GA families had left Germantown for nearby suburbs. In five years, "The Miracle of Fort Washington" (a term coined by Judge Jerome O'Neill, '28) occurred as the school moved from city to suburb. In this transition, GA coeducated, accepting girls in 1961 with the first co-ed class graduating in 1968. Since the move to Fort Washington, GA has continued to excel and produce great minds like Brian Roberts of Comcast and film star Bradley Cooper. It has entered a new era with its new, state of the art campus that continues to foster young minds.[3]

The school colors are red, black,and blue. Originally, red, white, and blue, the white was changed to black upon the death of Abraham Lincoln in 1865. Another legend suggests that GA changed its colors so its cricket team would not be confused with the nearby Philadelphia Cricket Club (with red, black, and yellow as club colors) team, as the white would turn to yellow after long and hot matches.

GA/PC Day is an annual tradition where GA plays against its rival William Penn Charter School in football, soccer, field hockey, cross country, girls' tennis, water polo, and golf. The football game brings alumni back from both schools and reunions are held the weekend of the games. The competition is the oldest of its kind dating back to 1886.

Lower School Field Day is an annual tradition that brings the red and blue teams into fierce competition. The teams are generational for existing GA families and is an staple to the school spring calendar.

The Belfry serves as a symbol of the old and new school as both buildings in Germantown and Fort Washington had identical structures. It is the namesake for the drama club and is used as symbol on GA items.

The Lower School program strives for a school environment wherein children are respected as individuals, while also learning to be a part of a team. A progression of classroom expectations and curricular demands has been developed to address the varying needs of children who cover a broad span of ages and abilities.[4]

While the basic skills of reading, writing, and arithmetic are the principal work in all of the classrooms, teaching in the Lower School requires that children are active learners. Opportunities for social interaction are of paramount importance in the classrooms.[5] There are currently 376 students in the Lower School, and a student-to-teacher ratio of 14:1.

Middle School culture continues to develop and its academics transition adolescents from intensive Lower School instruction to the academic exploration so prevalent in the Upper School. Middle School traditions include "Greek Day" which serves as a field day for the Middle School while also promoting interest in the Classics.[6]

The Upper School curriculum, according to the mission statement of the school, promotes curiosity, reasoning and questioning, imagination and aesthetics, understanding of others and oneself, clear communications, broad applications of knowledge, and satisfaction in learning. Students are required at minimum, five credits per year and at least four years of English, three years of Math, Science, History, two years of Language, and one year of Art. Classrooms are generally characterized by a significant degree of informality, and the school prides itself on the close relationship between the teachers and the students. There are currently 485 students in the Upper School. The student to teacher ratio is currently 8:1 in the Upper School.

The upper school runs on a house system. Each student is placed into one of seven houses. These houses include, Alcott, Washington, Galloway, Osbourn, Kershaw, Truesdell, and Roberts. Each house is named after an important figure with a Germantown Academy connection. A student will stay with their house for all four years of upper school life. Each house has a house head, these teachers include, Robert Torrey, Rebecca Pizzino, Reed Skoug, David Martin, David Samson, Jason Straub, and Chidi Asoluka. Over the course of a year, each house will meet twice a week, and for special events, they will compete against each other. These special events include The Knowledge Bowl House Olympics and The Annual Spelling Bee." Each year a house cup is crowned to the house with the most amount of house points which are picked up throughout the year in the challenges above and in many others. Truesdell house is the most recent winner of the house cup.

This year (2014-2015) the Upper School is run by Rich Schellhas who is the recent head elect, Schellhas will begin his tenure in 2016. Schellhas is aided by David Samson who serves as the "head of upper school figure" when Schellhas is not present. Currently, The Upper School is searching for another head. Conduct in the upper school is governed by the Honor Code, a system where students agree to a set of rules, and where, in the case of an infraction, students are judged by an honor council consisting of teachers and peers.[7]

File:New Upper School.jpg
A view of the Middle and Upper Schools after their rebuilding in 2011

The house system was established in 2007 at the insistence of Headmaster Jim Connor and Upper School faculty member Ted Haynie. The seven-house system is modeled after the ancient English public school concept of joining students from different years in a common group. Each of the seven houses is named for an influential alumnus or friend of the academy. Each house consists of roughly 80 people and competes in various competitions throughout the year. The system also provides an academic and social support system for underclassmen as they have the chance to interact with upperclassmen and a variety of faculty. Each house is run by a House Head and two student prefects (one boy, one girl). Throughout the year, the houses compete in various competitions ranging from a Knowledge Bowl to a German Folk Song Singing Contest to Handball, etc. The highpoint of the house system calendar is the House Olympics which is held in early May where the different houses compete in athletic and academic competitions for a chance of the House Olympics Trophy.

Washington is named for President George Washington, a patron of the old school and a parent as his step-son George Washington Parke Custis attended in the 1790s. The house colors are black and silver and Washington himself serves as the house mascot.

Alcott is named for former headmaster Amos Bronson Alcott, the father of renowned author Louisa May Alcott. Alcott house colors are blue and green and its house mascot is the alligator.

Roberts is named for Supreme Court Justice Owen J. Roberts, a member of the class of 1890. Roberts House colors are blue and orange and their mascot is the walrus.

Truesdell is named for longtime GA teacher, Walter Truesdell. Truesdell was Phi Beta Kappa and taught Latin for thirty years. The house colors are blue and silver and the mascot is the timberwolf.

Kershaw is named for headmaster Dr. William Kershaw (1877-1915). Kershaw's colors are navy blue and light blue and the mascot is the kangaroo.

Galloway is named for early Academy trustee Joseph Galloway, a notable Philadelphia figure during the Revolution. Galloway's house colors are black and yellow and their mascot is the Griffin.

"Germantown Academy, a coeducational college preparatory school, offers strong academic and extracurricular programs that enable students to acquire the knowledge, confidence and judgment needed to become good citizens and productive leaders in a global society. The school seeks students and teachers from all economic, ethnic, religious and national backgrounds who will challenge themselves and contribute to the life of the school. Germantown Academy is an academic community committed to the following:

The alma mater was written c. 1910 by J. Hefflestein Mason, a member of the class of 1900. Class songs originated as early as 1885 and appeared in each class's Ye Primer. Before the current alma mater, the school had a few lesser-known "alma maters" and a school yell which was sung after 1910. Before the 1970s, the alma mater was sung along with the school hymn Our God, Our Help in Ages Past. Mason went on to write more music and perform with the Philadelphia Opera Company.[12] 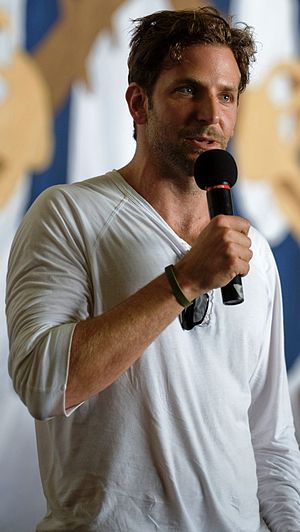