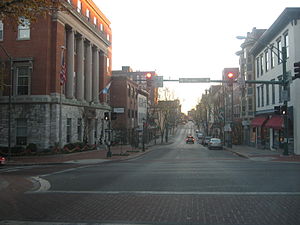 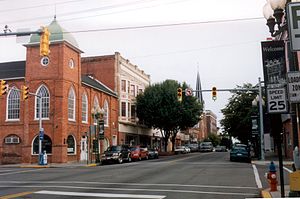 The metropolitan area contains parts of or all of the following Urbanized Areas and Urban Clusters (that are likewise designated by the OMB) within its boundaries:

The MSA is roughly bordered to the east by South Mountain, to the west by Sideling Hill, to the north by the Mason–Dixon line, and to the south by Northern Virginia. Elevations run from about 250 feet (76 m) above sea level in low-lying valleys to approximately 1,250 feet (380 m) above sea level at Sideling Hill. The Potomac River runs from west to east through the heart of the metro area with tributaries including Sideling Hill Creek, Conococheague Creek, and Antietam Creek. Terrain in the region is very well-suited and used for dairy farming, cornfields, and fruit orchards. Some undeveloped deciduous forestry also exists, especially in the mountainous portions of the area. However, much of the region's land is becoming increasingly threatened by urban sprawl.

Christianity is by far the largest religion practiced with hundreds of churches in the area.

The only place of worship for Muslims in the area is Islamic Society of Western Maryland mosque in Hagerstown.

Hedgesville is home to one of only a few Karaite Jewish religious centers outside Israel.[11]

Hindu, Buddhist, and Sikh temples and other places of worship are located nearby in Washington, Baltimore, and Harrisburg areas.

The metropolitan area's population in 2000 was 222,771. The 2008 estimate is 263,753, making Greater Hagerstown-Martinsburg the 169th largest metropolitan area in the United States. The growth rate from 2000–2008 is +18.4%, meaning that the metro area is the 48th fastest growing MSA (out of 363 total MSAs) in the entire country and the most rapidly growing in Maryland and West Virginia from 2000 to 2008.[12] Metropolitan Hagerstown-Martinsburg also registered a higher net numerical population gain from 2006 to 2007 than Baltimore-Towson, MD MSA during the same time period.[13] Much of the growth is due to the influx of people from Washington, D.C. and, to a lesser extent, Baltimore. 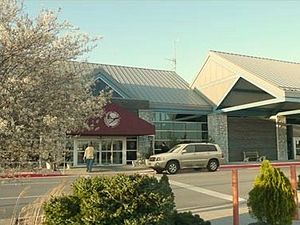