From Infogalactic: the planetary knowledge core
Jump to: navigation, search
This article is about the international museum organisation. For other meanings, see ICOM (disambiguation).

The International Council of Museums (ICOM), created in 1946, is the only organisation of museums and museum professionals with a global scope, committed to the promotion and protection of natural and cultural heritage, present and future, tangible and intangible. With approximately 30,000 members in 137 countries, ICOM is a network of museum professionals acting in a wide range of museum-and heritage-related disciplines. 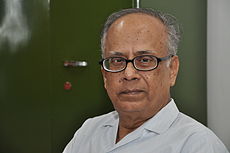 Created in 1946, ICOM is a non-governmental organization maintaining formal relations with UNESCO[1][2] and having a consultative status with the United Nations Economic and Social Council. ICOM also partners with entities such as the World Intellectual Property Organization,[3] INTERPOL [4] and the World Customs Organization, in order to carry out its international public service missions, which include fighting illicit traffic in cultural goods and promoting risk management and emergency preparedness to protect world cultural heritage in the event of natural or man-made disasters.

Code of ethics for museums

ICOM adopted its ICOM Code of Ethics for Museums[5] in 1986, a reference tool that sets standards of excellence to which all members of the organisation must adhere. The ICOM Code of Ethics for Museums, translated into 36 languages and revised in 2006, establishes values and principles shared by ICOM and the international museum community. These standards of self-regulation by museums include basic principles for museum governance, the acquisition and disposal of collections, and rules for professional conduct.

Illicit traffic in cultural goods causes significant damage to heritage, particularly in regions of the world where cultural objects are most susceptible to theft and looting. Supporting the fight against illicit traffic in cultural goods is among ICOM’s highest priorities. In this context, ICOM publishes its Red List series[6] to raise awareness on smuggling and illicit trade in cultural objects. The ICOM Red Lists are tools designed to help police and customs officials, heritage professionals and art and antiquities dealers to identify the types of objects that are most susceptible to illicit trafficking.

ICOM has already published Red Lists for many different countries and regions:

ICOM is committed to providing cultural institutions with the necessary support and risk prevention tools when faced with conflict situations or natural disasters. Through its Disaster Relief for Museums Task Force (DRTF), its Museums Emergency Programme (MEP) and its active role in the International Committee of the Blue Shield (ICBS),[7] ICOM assists museums worldwide by mobilising its resources quickly and efficiently to provide support both in the prevention and the aftermath of disaster situations.

The Getty Conservation Institute and ICCROM (International Centre for the Study of the Preservation and Restoration of Cultural Property) took part in this programme and helped develop training tools for MEP. ICOM’s action programme offers a long-term global response that strengthens the International Committee of the Blue Shield (ICBS) dynamism.

ICOM operates thirty international committees on a range of museum specialties, who conduct advanced research in their respective fields for the benefit of the museum community. 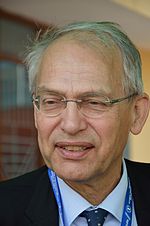 The current ICOM President is Prof. Dr. Hans-Martin Hinz,[15] elected in 2010.
Hanna Pennock has been appointed as Acting Director General since 13 May 2013.

The CIDOC Conceptual Reference Model (CRM), formalised as the official international standard ISO 21127, is used to map cultural heritage information to a common and extensible semantic framework. This "semantic glue" can be used to connect between different sources of cultural heritage information published by museums, libraries and archives.[17]