The three rams on the party coat of arms represent a historical symbol of the region, which is also represented by the ram in the fourth of the five parts of the crown resting atop the Croatian coat of arms (25-field white and red chequerboard) on the Croatian flag.

The party was founded in 1990 by Ivan Pauletta, Elio Martinčić and Mario Sandrić, on the eve of the first multi-party elections in Croatia after communism. The party decided not to participate, thus allowing the post-communist Social Democratic Party of Croatia (SDP) to sweep the region's votes.

IDS instead made its electoral debut in the 1992 elections and used the collapse of the SDP to take all three Istrian constituencies.

This result turned Istria into an area of significant concern for Croatian President Franjo Tuđman and his Croatian Democratic Union (HDZ), which had dominated every other region in Croatia. For the first elections for Croatian Chamber of Counties, which also coincided with the first election for newly formed Istria County, state-controlled media launched an unprecedented media blitz directed almost exclusively at Istria. This effort spectacularly backfired as Istrian voters gave almost three quarters of their votes to IDS. After that no party challenged IDS supremacy in Istria, at least not directly.

The main policy of the IDS is intercession of cultural and economical identity of Istria and equal status for Italian and Croatian in Istria. This was in opposition to Tuđman and his hard-line nationalism. Other Croatian political parties were more pragmatic, and IDS cooperated with them in the Croatian Parliament and during elections. In Istria, however, IDS is bitterly opposed by local branches of SDP, as well as their former member and first Istrian prefect Luciano Delbianco who had defected and formed a new party called Istrian Democratic Forum.

IDS was briefly part of the national government following 2000 parliamentary and presidential elections. One year later, IDS, dissatisfied with the way Ivica Račan and his coalition partners treated Istria, left the government, although they continued to support it in Parliament.

In 2006, IDS joined the Alliance of Liberals and Democrats for Europe (ALDE) Party.

From 2010-2015 IDS was a member of the Kukuriku coalition. Its member Darko Lorencin served as the minister of tourism in the Croatian government.

In the Croatian Parliament, Damir Kajin most frequently acted as the party's spokesperson, and he headed the party list in the 2007 elections where the party gained 3 representatives. Kajin was however removed from the party's membership on 3 January 2013 after forming his own coalition for the 2013 local elections in Istria.[6] This reduced the IDS from three to two representatives in the Croatian Sabor, and forced the party's parliamentary club to dissolve due to insufficient membership. 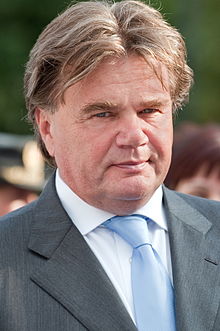