Italian Jews can be used in a broad sense to mean all Jews living or with roots in Italy or in a narrower sense to mean the Italkim, an ancient community who use the Italian rite, as distinct from the communities dating from medieval or modern times who use the Sephardi or Ashkenazi rite.

Historically these communities remained separate: in a given city there was often an "Italian synagogue" and a "Spanish synagogue", and occasionally a "German synagogue" as well. In many cases these have since amalgamated, but a given synagogue may have services of more than one rite.

Today there are further categories:

Main article: History of the Jews in Italy

Italian Jews can be traced back as far as the 2nd century BCE: tombstones and dedicatory inscriptions survive from this period. At that time they mostly lived in the far South of Italy, with a branch community in Rome, and were generally Greek-speaking. It is thought that some families (for example the Adolescenti) are descendants of Jews deported from Judaea by the emperor Titus in 70 CE. In early medieval times there were major communities in southern Italian cities such as Bari and Otranto. Medieval Italian Jews also produced important halachic works such as Shibbole ha-Leket. Following the expulsion of the Jews from the Kingdom of Naples in 1533, the centre of gravity shifted to Rome and the north.

One of the most famous of Italy's Jews was Rabbi Moshe Chaim Luzzatto (1707–1746) whose written religious and ethical works are still widely studied.

The Italian Jewish community as a whole has numbered no more than 50,000 since it was fully emancipated in 1870. During the Second Aliyah (between 1904 and 1914) many Italian Jews moved to Israel, and there is an Italian synagogue and cultural centre in Jerusalem. Some 7,000 Italian Jews were deported and murdered during the Holocaust. 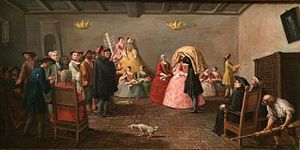 The native Italian Jews, as distinct from the Sephardim and the Ashkenazim, are sometimes referred to in the scholarly literature as Italkim (Hebrew for "Italians"; pl. of "italki", Middle Hebrew loanword from the Latin adjective "italicu(m)", meaning "Italic", "Latin", "Roman"; italkit is also used in Modern Hebrew as the language name "Italian"). They have traditionally spoken a variety of Judeo-Italian languages.

The customs and religious rites of the Italian-rite Jews can be seen as a bridge between the Ashkenazi and Sephardi traditions, showing similarities to both; they are closer still to the customs of the Romaniotes (native Greek Jews). A sub-division is recognised between minhag Benè Romì, practised in Rome, and minhag Italiani, practised in northern cities such as Turin, though the two rites are generally close.

In matters of religious law, Italian-rite Jews generally follow the same rules as the Sephardim, in that they accept the authority of Isaac Alfasi and the Shulchan Aruch as opposed to the Ashkenazi customs codified by Moses Isserles (the Rema). However their liturgy is different from that of both these groups. One reason for this may be that Italy was the main centre of early Jewish printing, enabling Italian Jews to preserve their own traditions when most other communities had to opt for a standard "Sephardi" or "Ashkenazi" prayer-book.

It is often claimed that the Italian prayer-book contains the last remnants of the Judaean/Galilaean Jewish tradition, while both the Sephardi and, to a lesser extent, the Ashkenazi rites reflect the Babylonian tradition. This claim is quite likely historically accurate, though it is difficult to verify textually as little liturgical material from the Land of Israel survives. Additionally, some Italian traditions reflect the Babylonian rite in a more archaic form, in much the same way as the prayer-book of the Yemenite Jews. Examples of old Babylonian traditions retained by the Italians but by no other group (including the Yemenites) are the use of keter yitenu lach in the kedushah of all services[2] and of naḥamenu in Birkat Hamazon (grace after meals) on Shabbat, both of which are found in the Siddur of Amram Gaon.

The Italian rite community traditionally has used Italian Hebrew, a pronunciation system similar to that of conservative Spanish and Portuguese Jews. This pronunciation has in many cases been adopted by the Sephardi, Ashkenazi and Appam communities of Italy as well as by the Italian-rite communities.

There have been Ashkenazi Jews living in the North of Italy since at least as early as the late Middle Ages. In Venice, they were the oldest Jewish community in the city, antedating both the Sephardic and the Italian groups. Following the invention of printing Italy became a major publishing centre for Hebrew and Yiddish books for the use of German and other northern European Jews. A notable figure was Elijah Levita, who was an expert Hebrew grammarian and Masorete as well as the author of the Yiddish romantic epic Bovo-Bukh.

Another distinctive community was that of Asti, Fossano and Moncalvo, which was descended from Jews expelled from France in 1394: this community includes the well-known Lattes family. Only the Asti synagogue is still in use today. Their rite, known as Appam (from the Hebrew initials for those three cities), is similar to the Ashkenazi, but has some peculiarities drawn from the old French rite, particularly on the High Holy Days. These variations are found on loose-leaf sheets which the community uses in conjunction with the normal Ashkenazi prayer-book; they are also printed by Goldschmidt.[3] This rite is the only surviving descendant of the original French rite, as known to Rashi, used anywhere in the world: French Ashkenazim since 1394 have used the German-Ashkenazic rite.

In musical tradition and in pronunciation, Italian Ashkenazim differ considerably from the Ashkenazim of other countries, and show some assimilation to the other two communities. Exceptional are the north-eastern communities such as that of Gorizia, which date from Austro-Hungarian times and are much closer to the German and Austrian traditions.

Over the next few centuries they were joined by a steady stream of conversos leaving Spain and Portugal. In Italy they ran the risk of prosecution for Judaizing, given that in law they were baptized Christians; for this reason they generally avoided the Papal States. The Popes did allow some Spanish-Jewish settlement at Ancona, as this was the main port for the Turkey trade, in which their links with the Ottoman Sephardim were useful. Other states found it advantageous to allow the conversos to settle and mix with the existing Jewish communities, and to turn a blind eye to their religious status; while in the next generation, the children of conversos could be brought up as fully Jewish with no legal problem, as they had never been baptized.

The main places of settlement were as follows.

On the whole the Spanish and Portuguese Jews remained separate from the native Italian Jews, though there was considerable mutual religious and intellectual influence between the groups.

The Scola Spagnola of Venice was originally regarded as the "mother synagogue" for the Spanish and Portuguese community worldwide, as it was among the earliest to be established, and the first prayer book was published there: later communities, such as Amsterdam, followed its lead on ritual questions. With the decline in the importance of Venice in the 18th century, the leading role passed to Livorno (for Italy and the Mediterranean) and Amsterdam (for western countries). The Livorno synagogue was destroyed in the Second World War: a modern building was erected in 1958-62.

In addition to Spanish and Portuguese Jews strictly so called, Italy has been host to many Sephardi Jews from the eastern Mediterranean. Dalmatia and many of the Greek islands, where there were large Jewish communities, were for several centuries part of the Venetian Republic, and there was a "Levantine" community in Venice. This remained separate from the "Ponentine" (i.e. Spanish and Portuguese) community and close to their eastern roots, as evidenced by their use in the early 18th century of a hymn book classified by maqam in the Ottoman manner (see Pizmonim).[4] (Today both synagogues are still in use, but the communities have amalgamated.) Later on the community of Livorno acted as a link between the Spanish and Portuguese and the eastern Sephardic Jews and as a clearing house of musical and other traditions between the groups. Many Italian Jews today have "Levantine" roots, for example in Corfu, and before the Second World War Italy regarded the existence of the eastern Sephardic communities as a chance to expand Italian influence in the Mediterranean.

In the 18th and 19th centuries, many Italian Jews (mostly but not exclusively from the Spanish and Portuguese group) maintained a trading and residential presence in both Italy and countries in the Ottoman Empire: even those who settled permanently in the Ottoman Empire retained their Tuscan or other Italian nationality, so as to have the benefit of the Ottoman Capitulations. Thus in Tunisia there was a community of Juifs Portugais, or L'Grana (Livornese), separate from, and regarding itself as superior to, the native Tunisian Jews (Tuansa). Smaller communities of the same kind existed in other countries, such as Syria, where they were known as Señores Francos, though they generally were not numerous enough to establish their own synagogues, instead meeting for prayer in each other's houses. European countries often appointed Jews from these communities as their consular representatives in Ottoman cities.

Between the two World Wars Libya was an Italian colony and, as in other North African countries, the colonial power found the local Jews useful as an educated elite. Following Libyan independence, and especially after the Six-Day War in 1967, many Libyan Jews left either for Israel or for Italy, and today most of the "Sephardi" synagogues in Rome are in fact Libyan.

The Italian rite is also set out in one chapter of Goldschmidt, Meḥqare Tefillah u-Fiyyut (On Jewish Liturgy), Jerusalem 1978