Jainism in North Karnataka flourished under the Chalukyas, Kadamba, Rashtrakutas, and Vijayanagara empire. Imbued with religious feeling, patronage was extended towards the building of Jain temple and it garnered high repute among the people, particularly the ruling classes and the mercantile community; effectively getting treated as the state religion.[1]

The Kannada poet Adikavi Pampa’s wrote Vikramarjuna Vijaya, also known as Pampa Bharata, and also Adipurana which narrates the story of Rishabha, the first tirthankara. Neminatha Purana a history of the 22nd tirthankara, provides a Jain interpretation for the story of Krishna and the Pandavas. 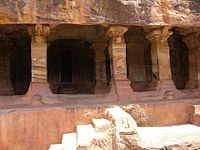 Jain architecture can be classified into two categories namely basadi and betta. Basadi is a Jain monastery or temple where an image of one of the twenty-four tirthankaras (saints) is installed and worshipped. They were built in the Dravidian style and the oldest basadi can be traced back to at least the first century AD. Betta is a hill with an open courtyard containing the image of Gommata or Gommateswara.

The earliest dated structure is a basadi at Halasi built under the Kadamba Dynasty of Banavasi laying the foundation for Jain architecture in North Karnataka.

Rastrakutas period is the golden age of Jainsim in Karnataka. The Jaina monuments of the Rashtrakutas period are found at Pattadakal, Malkhed, Lakshmeshwar, Koppal, Bankur, of North Karnataka. Jainism exerted considerable influence over the cultural life of Karnataka during the rule of the Rashtrakutas. Several basadi were erected for the further propagation of the religion in the State. Important among them is the Parsvanatha Basadi at Ron with its exquisitely carved grills depicting gandharvas in scrollwork.[2] Most parts of North Karnataka came under the rule of Kalyani Chalukyas With the decline of the Rashtrakutas. The sculpture of Chandranatha is very elegant and show the Vijayanagara workmanship.

Aihole has Jaina cave temple, it has an open mandapa and a Sabhamandapa. Garbhgriha has the sculpture of "Mahavira in Padmasana". On the sides are yaksha and yakshi standing. Other Jain temples are Meguti Jinalaya at Aihole, "Sankha Jinalaya" at Lakshmeshwar, Jinalaya at Hallur, The Jinalaya at Adur built by Dharmagamunda. 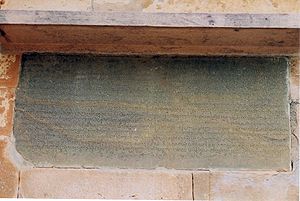 Dakshina Bharati Jain Sabha is a social service organization of the Jains of South India. The organization has its headquarter at Kolhapur.[3] The association is credited with being one of the first Jain associations to start reform movements among the Jains in modern India.[4][5] The organization mainly seeks to represent the interests of the native Jains of Maharashtra (Marathi Jains), Karnataka (Kannada Jains) and Goa.