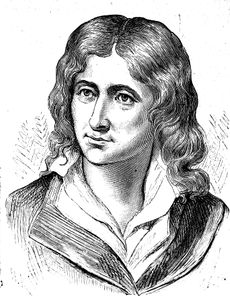 Jean Marie Claude Alexandre Goujon (13 April 1766, Bourg-en-Bresse – 17 June 1795, Paris) was a politician of the French Revolution. He was the brother-in-law of Pierre François Tissot.

Born into a family of Bresse, his grandfather, Claude Goujon, was Director of meeting in Dijon, his father, Claude Alexandre Goujon, agriculture from Bourg-en-Bresse. In this city, he married Joan Margaret Nicole Ricard, on 9 February 1762, daughter of Joseph Ricard, Barrister, First Secretary of the Stewardship of Burgundy (born 1745). In 1774 the family moved to Provins. Following a reversal of fortune of his father, he abandoned his studies, and left for Dieppe and Saint-Malo to join the Navy. Enlisted twelve years as a seaman aboard the Diadême, he assisted the Saint-Esprit at the Battle of Ushant (1778) against the English fleet. The next day he wrote to his father a letter read aloud in the garden of the Palais Royal, under the tree of Kraków. In 1790, he settled at Meudon, near Paris, and began to complete his education. As procureur-général-syndic of the départment of Seine-et-Oise, in August 1792, he had to ensure adequate supplies of food for the inhabitants.

After two years at a dealer in Saint-Malo, he earned a job as sub-inspector of artillery crews in Morlaix, before being employed in the offices of the navy at Brest, then in Saint-Malo. In 1783, seventeen years old, he moved to the Isle de France, where his uncle Ricard, future mayor of Port-Louis, had a trading house. Back in France the following year, in May 1790 he joined his parents in Rennes, where his father is director of messaging and enters the offices of the Quartermaster of Britainny. In 1786, he became an attorney's clerk in Paris, where he befriended another young clerk, Pierre-François Tissot.[1]

In 1791, his response to the letter of Raynal (where Encyclopedist violently attacked the work of the Constituent Assembly) promoted him, to the general public.

He was elected a director, then the day after the 10 August 1792, Attorney-General of the Department of Seine-et-Oise. On 17 September he becomes sixth alternate deputy to the National Convention by 410 votes of 657 voters. In the National Convention, which he entered on the death of Marie Jean Hérault de Séchelles, he affiliated with The Mountain.

Engaged in the fight against high prices in autumn 1792, he wrote and presented in November at the Convention an address to the assembly, for the taxation of grain prices, in which he shows that the liberal economic policy of the Assembly has important social consequences:

The unlimited freedom of the grain trade is incompatible with the existence of our Republic. And indeed, what comprises a Republic? From a small number of capitalists and a large number of poor (...) This class of capitalists and landlords, the unlimited freedom that makes mistress of grain prices, is also mistress of the establishment of the working day.

He concludes by calling for the establishment of land reform, with the maximum farm size fr:Loi du maximum of 120 acres (0.49 km2), and the creation of a central management of subsistence, whose members are elected by the people.[2]

He conducted a mission to the Armies of the Rhine and the Moselle, showing himself to be quite moderate, and was a consistent advocate of peace within the Republic. Nevertheless, he was a determined opponent of other moderate and reactionary forces, which he denounced in the Jacobin Club and in The Mountain after his recall to Paris, following the outbreak of the Thermidorian Reaction (27 July 1794).

He was one of those who protested against the readmission of Jean-Baptiste Louvet de Couvrai and other survivors of the Girondist party to the Convention in March 1795; and, when the populace invaded the legislature on the 1 Prairial Year III (20 May 1795) and compelled the deputies to legislate in accordance with their desires. He proposed the immediate establishment of a special commission to assure the execution of the proposed changes and assume the functions of the various committees.

The failure of the insurrection involved the fall of those deputies who had supported the demands of the populace. Before the close of the sitting, Goujon, with Gilbert Romme, Jean-Michel Duroy, Adrien Duquesnoy, Pierre Bourbotte, Pierre-Aimable de Soubrany, and others were put under arrest by their colleagues; and on their way to the château of Taureau in Brittany, he had a narrow escape from a mob at Avranches.

They were brought back to Paris for trial before a military commission on 17 June and, although no proof of their complicity in organizing the insurrection could be found (they were, in fact, with the exception of Goujon and Bourbotte, strangers to one another), they were sentenced to death. In accordance with a pre-arranged plan, they attempted suicide on the staircase leading from the courtroom with a knife that Goujon had successfully concealed. Romme, Goujon and Duquesnoy succeeded, but the other three merely inflicted wounds, which did not prevent their being taken immediately to the guillotine. With their deaths, The Mountain ceased to exist as a party.

Before his suicide, he said:

I swore to defend her [the Constitution of Year I] and die for her, I die happy not to have betrayed my oath

a sentiment he has completed with a clear opinion on the future:

I would die happier if I were certain that after me, she would not be destroyed and replaced by another constitution [the Constitution of Year III] where equality is disregarded, rights violated, and that the masses will be completely subservient to the rich, sole mistress of the government and of the state.