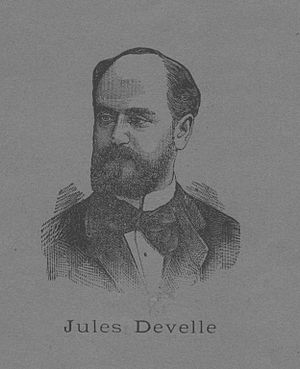 He was born in Bar-le-Duc from Claude Charles Develle, insurance agent, and Anne Marguerite Rousselot.[1] He studied law and became a lawyer. He discovered his passion for political activity as Jules Grévy secretary. He was then appointed prefect but removed for reasons of political opinion (1877). He was 13 times French Ministry during the Third Republic including Minister of Justice and Minister of Foreign Affairs in 1893.