Lawrence County is a county located in the U.S. state of Pennsylvania, United States. As of the 2010 census, the population was 91,108.[1] The county seat is New Castle.[2]

It was named after naval officer James Lawrence, who died during the War of 1812.[3] 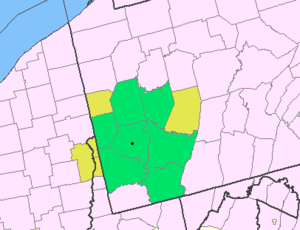 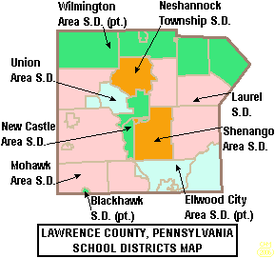 Per data provided at Pennsylvania EdNA 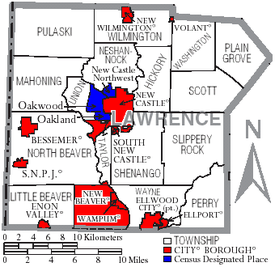 Under Pennsylvania law, there are four types of incorporated municipalities: cities, boroughs, townships, and, in at most two cases, towns. The following cities, boroughs and townships are located in Lawrence County:

Various unincorporated communities that lie within and are part of official municipalities.