Linda Brown Buck (born January 29, 1947)[1] is an American biologist best known for her work on the olfactory system. She was awarded the 2004 Nobel Prize in Physiology or Medicine, along with Richard Axel, for their work on olfactory receptors.[5][6][7][8] She is currently on the faculty of the Fred Hutchinson Cancer Research Center in Seattle.[9]

Buck completed postdoctoral research at Columbia University under Axel. In 1991 Buck became an assistant professor of neurobiology at Harvard University where she expanded her knowledge of the nervous system.[11] Her primary research interest is on how pheromones and odors are detected in the nose and interpreted in the brain. She is a Full Member of the Basic Sciences Division at Fred Hutchinson Cancer Research Center, an Affiliate Professor of Physiology and Biophysics at the University of Washington, Seattle and an Investigator of the Howard Hughes Medical Institute. 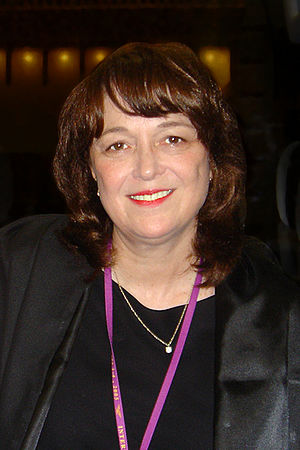 Buck was inducted into the National Academy of Sciences in 2004. Buck was elected a Fellow of the American Academy of Arts and Sciences in 2008.[12] She also sits on the Selection Committee for Life Science and Medicine which chooses winners of the Shaw Prize. On May 28, 2015, she was awarded an honorary doctorate by Harvard University. Buck was elected a Foreign Member of the Royal Society (ForMemRS) in 2015.[4]