The Lower Canada Rebellion (French: La rébellion du Bas-Canada), commonly referred to as the Patriots' War (French: la Guerre des patriotes) by Quebecers, is the name given to the armed conflict in 1837-38 between the rebels of Lower Canada (now Quebec) and the British colonial power of that province. Together with the simultaneous Upper Canada Rebellion in the neighbouring colony of Upper Canada (now Ontario), it formed the Rebellions of 1837. The rebellion of Lower Canada continued in 1838 and in Quebec is often called Les rébellions de 1837–38.

The rebellion was preceded by nearly three decades of efforts at political reform in Lower Canada, led from the early 1800s by James Stuart and Louis-Joseph Papineau, who formed the Parti patriote and sought accountability from the elected General Assembly and appointed governor of the colony. The appointed Legislative Council (a type of upper house) was dominated by a small group of businessmen known as the Château Clique, the equivalent of the Family Compact in Upper Canada.

Activists in Lower Canada began to work for reform in a period of economic disfranchisement of the French-speaking majority and working-class English-speaking citizens. The rebellion protested the injustice of colonial governing as such, in which the governor and upper house of the legislature were appointed by the Crown. Many of its leaders and participants were English-speaking citizens of Lower Canada. The French speakers felt that Anglophones were disproportionately represented in the lucrative fields of banking, the timber trade, and transportation industry.

At the same time, some among the Anglophone business elite advocated a union of Upper and Lower Canada in order to ensure competitiveness on a national scale with the increasingly large and powerful economy of the United States. (Some rebels had been inspired by the US' successful war of independence). The unification of the colony was favoured by the British-appointed Governor, George Ramsey, Earl of Dalhousie. In Lower Canada, the growing sense of nationalism among English and the French-speaking citizens was organized into the Parti canadien (after 1826 called the Parti patriote).

In 1811, James Stuart became leader of the Parti Canadien in the Assembly and in 1815, reformer Louis-Joseph Papineau was elected as Assembly Speaker in Lower Canada. The elected Assembly had little power; its decisions could be vetoed by the Legislative Council (a kind of upper house) and Governor, all of whom were appointed by the British government. Governor Dalhousie and Papineau were soon at odds over the issue of uniting the Canadas. Dalhousie forced an election in 1827 rather than accept Papineau as Assembly Speaker. Sympathizers to the reform movement in England had Dalhousie forced from his position and reassigned to India. But the Legislative Council and the Assembly were not able to reach a compromise. After hearing about the 99 grievances submitted by Robert Gourlay, Papineau wrote the "Ninety-two Resolutions" while secretly coordinating with Upper Canada. After protestors were shot in Montreal in 1832. Papineau had no choice but to submit the list of "resolutions" to the governor himself. By 1834, the Assembly had passed the Ninety-Two Resolutions, outlining its grievances against the Legislative Council. At that point, the Patriote movement was supported by an overwhelming majority of the Lower Canada population of all origins.

Later in 1834, the Parti Patriote swept the election, gaining more than three-quarters of the popular vote. But, the reformers in Lower Canada were divided over several issues. A moderate reformer named John Neilson had quit the party in 1830 and joined the Constitutional Association four years later. Papineau's anti-clerical position alienated reformers in the Catholic Church, and his support for secular rather than religious schools resulted in opposition by the powerful Bishop Jean-Jacques Lartigue. Lartigue called on all Catholics to reject the reform movement and support the authorities, forcing many to choose between their religion and their political convictions. 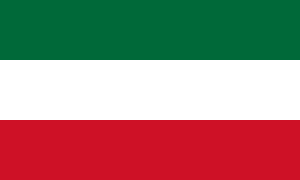 Papineau continued to push for reform. He petitioned the British government but in March 1837, the government of Lord Melbourne rejected all of Papineau's requests. Papineau organized protests and assemblies, and eventually approved formation of the paramilitary Société des Fils de la Liberté during the Assemblée des six-comtés.

A first armed conflict occurred in 1837 when the 26 members of the Patriote movement, who had been charged with illegal activities, chose to resist their arrest by the authorities under the direction of John Colborne.

Papineau escaped to the United States, and other rebels organized in the countryside. Led by Wolfred Nelson, they defeated a British force at Saint-Denis on November 23, 1837. The British troops soon beat back the rebels, defeating them at Saint-Charles on November 25 and at Saint-Eustache on December 14. The troops pillaged and ransacked Saint-Eustache. On December 5, the government declared martial law in Montreal.

When news of the arrest of the Patriote leaders reached Upper Canada, William Lyon Mackenzie launched an armed rebellion in December 1837. In the meantime, filibusters from the United States, the Hunter Patriots, formed a small militia and attacked Windsor, Upper Canada, to support the Canadian Patriots. This resulted in the declaration of martial law by the Lower Canadian government.

The following year, leaders who had escaped across the border into the United States raided Lower Canada in February 1838. Two major armed conflicts occurred when groups of Lower Canadian Patriotes, led by Robert Nelson, crossed the American border in an attempt to invade Lower Canada and Upper Canada, drive out the British army and establish two independent republics. A second revolt began at Battle of Beauharnois in November 1838. It was also crushed by forces of the colonial government.

Britain dispatched Lord Durham to investigate the cause of the rebellion. His report in 1839 recommended that the Canadas be united into one colony (the Province of Canada) to assimilate the French-speaking Canadiens into anglophone British culture. He also recommended acceding to the rebels' grievances by granting responsible government to the new colony.

Following the military defeat of the Patriotes, Lower Canada was merged with Upper Canada under the Union Act. The Canadiens had a narrow majority in the new political entity, and with continued emigration of English-speakers to Ontario, this dominance was short lived. Eight years after the Union, a responsible elected government was set up in the united Province of Canada. The instability of this new regime (see Joint Premiers of the Province of Canada) eventually led to the formation of the Great coalition. In 1867, there was another major constitutional change and formation of the Canadian Confederation.

The rebellion of the Patriotes Canadiens of Lower Canada, taken along with the Upper Canadian Rebellion, is often seen as the example of what might have occurred in the United States if the American Revolutionary War had failed. In Quebec, the rebellion (as well as the parliamentary and popular struggle) is now commemorated as the Journée nationale des Patriotes (National Patriotes Day) on the Canadian Statutory Holiday, Victoria Day. Since the late 20th century, it has become a symbol for the contemporary Quebec independence movement (and to a lesser extent a symbol of Canada's small republican movement).

For more details on this topic, see Bibliography of the 1837-1838 insurrections in Lower Canada.