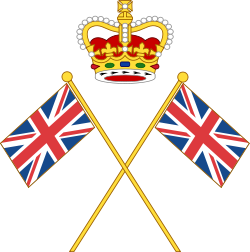 In general loyalism refers to an individual's allegiance toward an established government, political party, or sovereign, especially during times of war and revolt. The most common usage of the term refers to loyalty to the Great Britain, especially to opponents of the American Revolution and those exiles who went to Canada.

The term loyalist was also used during the Spanish Civil War, applying to Republicans who remained loyal to the Spanish Republic against Franco's "Nationalists."

In North America, the term loyalist characterised colonists who rejected the American Revolution in favour of remaining within the empire. American loyalists included royal officials, Anglican clergymen, wealthy merchants with ties to London, demobilised British soldiers, and recent arrivals (especially from Scotland), as well as many ordinary colonists who were conservative by nature and/or felt that the protection of Britain was needed. Colonists with loyalist sympathies accounted for an estimated 15% to 20% of the white colonial population of the day, compared with those described as "Patriots", who accounted for about 40-50% of the population. This high level of political polarisation leads historians to argue that the American Revolution was as much a civil war as it was a war of independence from the British Crown.[1][2][3]

British military strategy during the American Revolution relied on mobilising loyalist soldiers throughout the Thirteen Colonies. Throughout the war, the British military formed over 100[4] loyalist line regiments whose strength totaled 19,000 of which 9,700 served most at one time. Including militia and marine forces more than 50,000 served. The Patriots used tactics such as property confiscation to suppress loyalism and drive active loyalists away.[5] After the war, approximately 80-90% of the Loyalists stayed in the new United States, and adapted to the new conditions and changes of a republic. However, over 70,000 Loyalists sought refuge elsewhere in Lower Canada, Quebec (divided in 1791 into what is now Quebec and Ontario), the Maritime provinces, Jamaica, the Bahamas and in Britain, often with financial help from the Crown. Most re-settled in the British North American Provinces of Quebec and Nova Scotia in present-day Canada. This migration also included Native American loyalists such as Mohawk leader Joseph Brant, the "Black Loyalists" – former slaves who had joined the British cause in exchange for their freedom, and Anabaptist loyalists (Mennonites).[6][7] These Loyalists were the founders of modern English-speaking Canada, and many of their descendants still identify themselves with the nominal hereditary title "UEL" (United Empire Loyalist) today.

The term loyalist was first used in Irish politics in the 1790s to refer to Protestant British settlers in Ireland who opposed Catholic Emancipation and Irish independence from Great Britain.[8] Prominent Irish loyalists included John Foster, John Fitzgibbon and John Beresford. In the subsequent Irish Rebellion of 1798, the term ultra loyalist was used to describe those who were opposed to the United Irishmen, who were in support of an independent Irish Republic. In 1795, Ulster loyalists founded the Orange Order and organised the Yeoman Militia, which helped to put down the rebellion. Some loyalists, such as Richard Musgrave, considered the rebellion a Catholic plot to drive Protestant colonists out of Ireland.[8]

During the early 19th century, nearly every English and Welsh county formed a Loyalist Association of Workers in an effort to counter a perceived threat from radical societies.[9] The first such association was founded in Westminster on 20 November 1792.

The Sydney and Parramatta Loyalist Associations, with approximately 50 members each, were formed in 1804 to counter radical societies in those counties, and subsequently helped to put down the Castle Hill convict rebellion later that year.[10][11]

Generally, the term loyalist in Northern Ireland is typified by a militant opposition to Irish republicanism, and also often to Roman Catholicism. It stresses Ulster Protestant identity and community with its own folk heroes and events, such as the misfortunes and bravery of the 36th (Ulster) Division during World War I and the activities of the Orange Order. An Ulster loyalist is most commonly a unionist who strongly favours the political union between Great Britain and Northern Ireland, although some may also support an independent Northern Ireland.[12] In recent times, the term has been used to refer to several loyalist paramilitary groups, such as the Ulster Defence Association (UDA), Ulster Volunteer Force (UVF), Red Hand Commando (RHC) and the Loyalist Volunteer Force (LVF).

Although Irish loyalist paramilitaries have claimed to speak on behalf of their communities and unionists in general, their electoral support is minimal and exclusively based in the urban working class. The Progressive Unionist Party, a pro-Belfast Agreement loyalist party, won seats in the Northern Ireland Assembly in 1998, 2003 and 2007, but lost them in 2011.

Loyalism in the post-partition Republic of Ireland has declined since independence.[13] Many southern Irish loyalists and non-loyalists volunteered for service in the British Armed Forces in World War I and World War II, many of them losing their lives or settling in the United Kingdom after the wars.[14] Partition saw mass movements of southern loyalists to Northern Ireland or to Great Britain,[15] although loyalist or neo-unionist groups such as the Reform Movement, the Border Minority Group and the Loyal Irish Union are active to this day.

The Scottish loyalist movement originated during the Industrial Revolution when a significant number of Ulster Protestants migrated to Scotland from Ireland.[16] In Scotland, a loyalist is someone on the fringes of Scottish unionism who is often strongly supportive of loyalism and unionism, although mainly concentrating on the Irish union issue rather than on Scottish politics.[citation needed] Scottish loyalism is typified by militant opposition to Irish republicanism, Scottish independence and the Roman Catholic Church – particularly the existence of Catholic denominational schools.[citation needed]

Though only consisting of a small fraction of the Scottish population, Scottish loyalism has become more visible through prominent demonstrations of the beliefs of its members since the establishment of a Scottish Parliament. Scottish loyalism is visible through participation at Orange parades with supporters from Rangers, Heart of Midlothian F.C. and Airdrie United. Some loyalists in Scotland also support Ulster paramilitary groups.

Loyalists in Scotland mostly live in small working class enclaves in the major urban centres or industrial villages, notably Glasgow, Lanarkshire, Edinburgh, Renfrewshire, Fife, West Lothian and Ayrshire. There are relatively few loyalists in areas such as Aberdeen, the Scottish Borders and the Scottish Highlands.