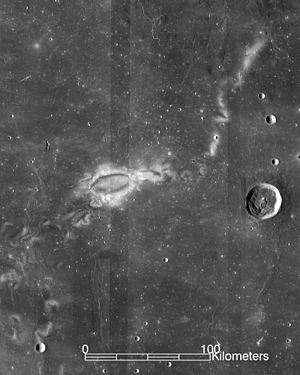 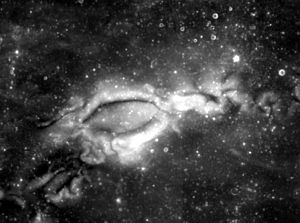 Another view of Reiner Gamma swirls 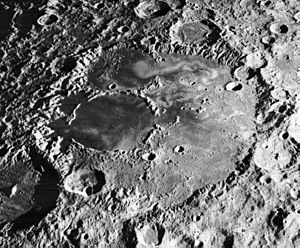 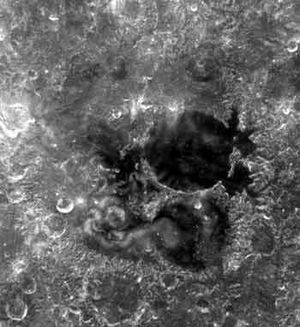 Another view of Ingenii

Lunar swirls are enigmatic features found across the Moon’s surface, which are characterized by having a high albedo, appearing optically immature (i.e. having the optical characteristics of a relatively young regolith), and (often) having a sinuous shape. Their curvilinear shape is often accentuated by low albedo regions that wind between the bright swirls. They appear to overlay the lunar surface, superposed on top of craters and ejecta deposits, but impart no observable topography. Swirls have been identified on the lunar maria and highlands - they are not associated with a specific lithologic composition. Swirls on the maria are characterized by strong albedo contrasts and complex, sinuous morphology, whereas those on highland terrain appear less prominent and exhibit simpler shapes, such as single loops or diffuse bright spots.

There are three leading models for swirl formation. There are two characteristics of lunar swirls that any model of their formation must take into account:

Models for creation of the magnetic anomalies relevant to swirl formation, although independent of the swirls' optical characteristics, point to the observation that several of the magnetic anomalies are antipodal to the younger, large impact basins.[1] Magnetization of these antipodal regions could occur in the presence of an amplified magnetic ﬁeld, such as would result from a plasma cloud generated by the basin forming impact interacting with a weak magnetic ﬁeld present at the Moon at the time of basin formation.[2] An unusually thick and/or strongly magnetized deposit of basin ejecta has been invoked to explain swirls that are not antipodal to a basin, such as the Reiner Gamma Formation.[3] An alternative model to a plasma-induced magnetic anomaly, but which also draws upon the basin-antipode correlation is by impact-induced currents and seismic waves ringing the planet.[4]

Once the magnetic anomaly has been installed, the swirls are formed because they are protected from the solar wind. The solar wind shielding model[5] proposes that the swirls represent exposed silicate materials whose albedos have been selectively preserved over time from the effects of space weathering via deflection of solar wind ion bombardment. According to this model, optical maturation of exposed silicate surfaces in the inner solar system is at least partly a function of the solar wind ion bombardment. This model suggests that swirl formation is a continuing process, which began after placement of the magnetic anomaly.

The cometary impact model[6] argues that the high albedo of the swirls is the result of scouring of the top-most surface regolith by the coma’s turbulent flow of gas and dust, which exposed fresh material and redeposited the fine, scoured material in discrete deposits.[7] According to this model, the associated strong magnetic anomalies are the result of magnetization of near-surface materials heated above the Curie temperature through hyper-velocity gas collisions and micro-impacts as the coma impacts the surface. Proponents of the cometary impact model consider the occurrence of many swirls antipodal to relatively young, major basins to be coincidental or the result of incomplete mapping of swirl locations.

The dust transport model[8] proposes that weak electric fields created by interaction between the crustal magnetic anomalies and the solar wind plasma could attract or repel electrically charged fine dust. High albedo, feldspathic material is the dominant component of the finest particles of lunar soil. Electrostatic movement of dust lofted above the surface during terminator crossings could cause this material to preferentially accumulate and form the bright, looping swirl patterns.