Pittsburgh is home to the first commercial radio station in the United States, KDKA 1020AM; the first community-sponsored television station in the United States, WQED 13; the first "networked" television station and the first station in the country to broadcast 24 hours a day, 7 days a week, KDKA 2; and the first newspaper published west of the Allegheny Mountains, the Pittsburgh Post-Gazette. It is one of the few mid-sized metropolitan areas in the U.S. with two major daily papers (the other being Tampa-St. Petersburg); both the Pittsburgh Post-Gazette and the Pittsburgh Tribune-Review have histories of breaking in-depth investigative news stories on a national scale. The alternative papers in the region include the Pittsburgh City Paper; the The Jewish Chronicle of Pittsburgh; The New People, published weekly by the Thomas Merton Center for Peace and Social Justice; the New Pittsburgh Courier, one of the larger ethnic publications in the region; and Zajedničar, the only Croatian-language newspaper currently published in the United States. The Pitt News, a financially independent student-written and -managed newspaper of the University of Pittsburgh, is closing in on its 100th year of publication. The University of Pittsburgh School of Law also hosts JURIST, the world's only university-based legal news service.

Outdoor advertising in the area is handled by Lamar Outdoor, who controls a majority of large posters and billboards and bus shelters (including Downtown Pittsburgh) and shopping centers in the area. 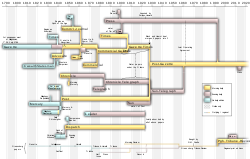 The Pittsburgh TV market is currently ranked as the 23rd largest in the United States by Nielsen.[2] It has recently gained distinction as one of the most competitive.[3] (In the listing below the table, network O&O's are denoted in bold.) The market is served by:

Pittsburgh radio has long been dominated by KDKA 1020 AM. However, as of early 2006 the station is no longer No. 1 in the ratings. KQV 1410 AM, now an all-news outlet, was Pittsburgh's dominant Top 40 station throughout the 1960s. On the FM dial, album-rock WDVE (102.5 DVE), modern rock WXDX (105.9 The X), adult contemporary WBZZ (Star 100.7), pop and hip-hop WKST-FM (96.1 KissFM) and Pittsburgh Sports Talk on (93.7 The Fan) KDKA-FM FM talk radio is available in the Pittsburgh market at WPGB (104.7 FM NewsTalk). Pittsburgh is also home to three public radio stations: WESA, the local NPR station; WQED-FM, a listener-supported commercial-free classical music station; and WYEP 91.3FM, the nation's third-largest independent "adult album alternative" (AAA) station, which hosts the locally produced environmental radio show The Allegheny Front and also carries some NPR programming. The Radio Information Service, broadcasting on a subcarrier of WESA provides special programming for the blind and print impaired. Additionally, Pittsburgh hosts the non-commercial radio stations WRCT (affiliated with Carnegie Mellon University) and WPTS (affiliated with the University of Pittsburgh).

In 2010, Nielsen will continue to rank Pittsburgh as the 23rd largest television Designated Market Area (DMA) in the country, with 1,154,950 households. That is a drop from Nielsen's 2009 estimate of 1,156,460. Despite the decline in households, Pittsburgh still has 22,090 more households than the next closest television DMA which is Charlotte, NC.[4] [5]

Other definitions of the "Pittsburgh region" extend into Ohio border counties with some sources including several Ohio counties and as far south & west as the Kentucky border and north into the extreme southwest of New York State.