Melissa Chessington Leo (born September 14, 1960) is an American actress. After appearing on several television shows and films in the 1980s, her breakthrough role came in 1993 as Det. Sgt. Kay Howard on the television series Homicide: Life on the Street for the show's first five seasons (1993–97). She had also previously been a regular on the television shows All My Children and The Young Riders.

In 1985 she was nominated for a Daytime Emmy Award for her performance on All My Children. In 2013 she won the Emmy Award for her guest-role on the television series Louie. She recently starred in the 2015 Fox event series Wayward Pines as Nurse Pam.

Leo was born in Manhattan, New York City, and spent her early life on the Lower East Side.[1] She is the daughter of Peggy (née Chessington), a California-born teacher, and Arnold Leo III, an editor at Grove Press, fisherman, and former spokesman for the East Hampton Baymen's Association. She has one brother, Erik Leo. Her parents divorced, and her mother moved them to Red Clover Commune, in Putney, Vermont. Her maternal grandparents were Frances (née Stone; 1917-2008) and James Chessington, a colonel in the United States Air Force.[2] Her paternal grandparents were Elinore (née Wellington; 1914-2008) and Arnold Leo II.[3] Her uncle was journalist Roger Leo (1947-2011),[4] and her aunt is art historian Christine Leo Roussel.[5]

Leo began performing as a child with the Bread and Puppet Theater Company. She attended Bellow Falls High School in Vermont, and studied acting at Mountview Academy of Theatre Arts in London, and SUNY Purchase, but did not graduate, choosing to leave school and move to New York City to begin auditioning for acting jobs.[6][7][8][9][10] Leo spent summers at her father's house in Springs, a section of East Hampton, N.Y.[1][11]

Leo's acting debut came in 1984, for which she was nominated for a Daytime Emmy at the Daytime Emmy Awards/12th Daytime Emmy Awards for Outstanding Ingenue/Woman in a Drama Series for All My Children. Following this, Leo appeared in several films, including the lead role as a strait-laced girl named Cookie who succumbed to prostitition in "Streetwalkin," A Time of Destiny, Last Summer in the Hamptons, and Venice/Venice. She also had several appearances on television, most notably her role as Det. Sgt. Kay Howard on Homicide: Life on the Street until 1997. Three years later she reprised her role in the television movie, Homicide: The Movie. After a brief hiatus from acting, Leo's breakthrough came three years later in the Alejandro González Iñárritu film, 21 Grams released to critical acclaim. Leo appeared in a supporting role alongside Sean Penn, Naomi Watts, Benicio del Toro and Clea DuVall. Leo shared a "Best Ensemble Acting" award from the Phoenix Film Critics Society in 2003 and the runner-up for the Los Angeles Film Critics Association for Best Supporting Actress. 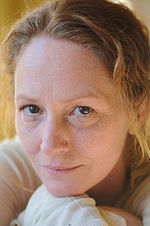 Leo appeared in supporting roles throughout the 2000s including the film Hide and Seek, the independent film American Gun, both in 2005, and a minor role in the comedy Mr. Woodcock. In 2006, she won the Bronze Wrangler at the Western Heritage Awards for Outstanding Theatrical Motion Picture for The Three Burials of Melquiades Estrada shared with Tommy Lee Jones who also produced the film. In 2008, she won the Maverick Actor Award and also the Best Actress award at the Method Fest for Lullaby (2008).

That same year Leo earned critical praise for her performance in the film Frozen River, winning several including the Best Actress award from the Independent Spirit Awards, the Spotlight award from the National Board of Review and Best Actress nominations from the Screen Actors Guild Awards, Broadcast Film Critics Association, and Academy Awards. Critic Roger Ebert backed her for a win, stating, "Best Actress: Melissa Leo. What a complete performance, evoking a woman's life in a time of economic hardship. The most timely of films, but that isn't reason enough. I was struck by how intensely determined she was to make the payments, support her two children, carry on after her abandonment by a gambling husband, and still maintain rules and goals around the house. This was a heroic woman."[12]

Following Frozen River, Leo continued to appear in several independent films and had a minor role in the 2008 film Righteous Kill with Al Pacino and her Hide and Seek co-star, Robert De Niro. Leo appeared in a series of films throughout 2009, including According to Greta, the title character in Stephanie's Image, True Adolescents and Veronika Decides to Die.

In 2010, Leo received fame for her role in David O. Russell's The Fighter. Rick Bentley of The Charlotte Observer said "Both actors (Mark Wahlberg and Christian Bale) are very good, but they get blown off the screen by Melissa Leo, who plays their mother, Alice Ward. Leo's Oscar-worthy portrayal of Alice as a master manipulator goes beyond acting to a total transformation."[13] Roger Ebert referred to it as a "teeth-gratingly brilliant performance." Leo and several of the film's actors including her co-star Amy Adams and Bale were nominated. For her performance Leo received several awards, including the Golden Globe, Dallas-Fort Worth Film Critics Association, New York Film Critics Circle, Screen Actors Guild and culminating in her winning the Academy Award for Best Supporting Actress. While accepting her Oscar, Leo said "When I watched Kate [Winslet] two years ago, it looked so fucking easy!" She apologized afterwards for using profanity, admitting that it was "a very inappropriate place to use that particular word...those words, I apologize to anyone that they offend."[14][15]

Prior to her win Leo had created some controversy by attempting to self promote her Oscar campaign rather than rely on the marketing department of the studio. Leo personally bought ad space in Hollywood trade publications which was initially thought might backfire in a similar manner to previous Oscar contenders Chill Wills and Margaret Avery.[16]

Following her Oscar win, Leo appeared in the HBO miniseries Mildred Pierce alongside Kate Winslet, Evan Rachel Wood and Guy Pearce. Her performance garnered an Emmy Award nomination for Outstanding Supporting Actress in a Miniseries or a Movie. Her next projects include the satirical horror film Red State, the independent comedy Predisposed with Jesse Eisenberg currently in pre-production[17] and the crime thriller The Dead Circus based on the novel by John Kaye with Michael C. Hall and James Marsden currently in development.[18] She guest-starred in an episode of the hit FX comedy Louie, which garnered her an Emmy win for Outstanding Guest Actress in a Comedy Series.

Leo recently appeared in the action-thriller Olympus Has Fallen as the Secretary of Defense held hostage by terrorists in the White House and Oblivion as the main antagonist. Most recently, Leo can be seen in a major role in Prisoners and in a minor role in The Equalizer. Leo can also be seen on the Fox series Wayward Pines as Nurse Pam.