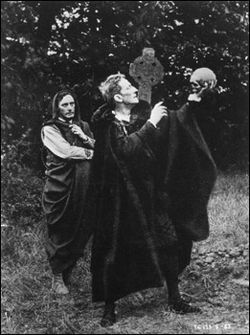 Mortality salience is the awareness by an individual that his or her death is inevitable.

The term derives from terror management theory, which proposes that mortality salience causes existential anxiety that may be buffered by an individual's cultural worldview and/or sense of self-esteem.

Mortality salience engages the conflict that humans have to face both their instinct to avoid death completely, and their intellectual knowledge that avoiding death is ultimately futile. According to terror management theory, when human beings begin to contemplate their mortality and their vulnerability to death, feelings of terror emerge because of the simple fact that humans want to avoid their inevitable death.[1] Mortality salience comes into effect, because humans contribute all of their actions to either avoiding death or distracting themselves from the contemplation of it. Thus, terror management theory asserts that almost all human activity is driven by the fear of death.

Potential to cause worldview defense

Mortality salience has the potential to cause worldview defense, a psychological mechanism that strengthens people's connection with their in-group as a defense mechanism. Studies also show that mortality salience can lead people to feel more inclined to punish minor moral transgressions. One such study divided a group of judges into two groups—one that was asked to reflect upon their own mortality, and one group that was not. The judges were then asked to set a bond for an alleged prostitute. The group that had reflected on mortality set an average bond of $455, while the control group's average bond was $50.[4]

In a study conducted by Jamie Goldenberg, a study tested "the hypothesis that mortality salience intensifies gender differences in reactions to sexual and emotional infidelity". In the study, participants were asked to work through packets that had mortality salience manipulation questions in each. In the results, they found that "sex is more relevant to the self-esteem of men than women and being in a committed relationship is relatively more important to women than for men". Therefore, when linking mortality salience to gender, emotion, and sex, men are more likely to suffer from sexual infidelity, and women are more likely to suffer from emotional infidelity. The results of this study showed that there is a logistic regression revealing a significant three-way interaction between gender, sex value, and mortality salience for the item pitting "passionate sex" against "emotional attachment".[6]

With mortality salience, humans who have encountered near-death experiences develop a greater sense of self and meaning to life. It has been shown that individuals who face these experiences tend to invest more into relationships, political beliefs, religious beliefs, and other beliefs over material things. As a patient with AIDS shared, "Because of my illness I have nothing to hide. It has freed me because now I am completely honest".[citation needed] Developing a cultural worldview provides humans with comfort from the thought of their own inevitable death. This coping mechanism has shown to highly improve the self-worth of humans and highly alleviates existential anxiety.