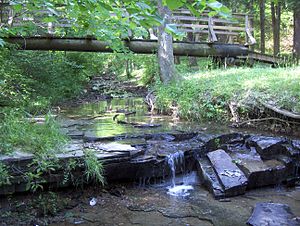 The Bee Lick Creek, of the Jefferson Memorial Forest. This forest was designated as a National Audubon Society wildlife refuge.

A nature reserve (natural reserve, bioreserve, (natural/nature) preserve or (national/nature) conserve) is a protected area of importance for wildlife, flora, fauna or features of geological or other special interest, which is reserved and managed for conservation and to provide special opportunities for study or research. Nature reserves may be designated by government institutions in some countries, or by private landowners, such as charities and research institutions, regardless of nationality. Nature reserves fall into different IUCN categories depending on the level of protection afforded by local laws. 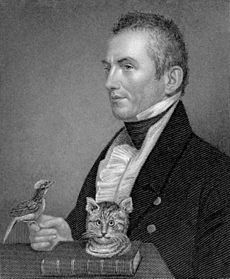 Cultural practices that roughly equate to the establishment and maintenance of reserved areas for animals date back to antiquity, with King Devanampiya Tissa of Sri Lanka establishing one of the world's earliest wildlife sanctuaries in the 3rd century BC.[1] Early reservations often had a religious underpinning, such as the 'evil forest' areas of West Africa which were forbidden to humans, who were threatened with spiritual attack if they went there. Sacred areas taboo from human entry to fishing and hunting are known by many ancient cultures worldwide.[2]

The world's first modern nature reserve was established in 1821 by the naturalist and explorer Charles Waterton around his estate in Walton Hall, West Yorkshire. He spent £9000 on the construction of a 3 mile long, 9 ft tall wall to enclose his park from poachers.[3] He tried to encourage birdlife by planting trees and hollowing out trunks for owls to nest in. 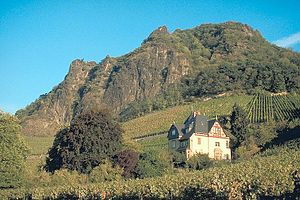 He also invented artificial nest boxes to house starlings, jackdaws and sand martins and unsuccessfully attempted to introduce little owls from Italy.[4] Waterton allowed local people access to his reserve and was described by David Attenborough as “one of the first people anywhere to recognise not only that the natural world was of great importance but that it needed protection as humanity made more and more demands on it”.[5]

Drachenfels (Siebengebirge) was protected as the first state-designated nature reserve in modern-day Germany; the site was bought by the Prussian State in 1836 to protect it from further quarrying.

The first major nature reserve was Yellowstone National Park in Wyoming, United States, followed by the Royal National Park near Sydney, Australia and the Barguzin Nature Reserve of Imperial Russia, the first of zapovedniks set up by a federal government entirely for the scientific study of nature.[6]

In Brazil, nature reserves are classified as Biological Reserves by the National System of Conservation Units. Its main objectives are preserving fauna and flora and other natural attributes, excluding direct human interference.[8]

There are 29 nature reserves in Egypt which cover 12% of Egyptian land. Those nature reserves were built according to the laws no. 102/1983 and 4/1994 for protection of the Egyptian nature reserve. Egypt announced a plan from to build 40 nature reserves from 1997 to 2017, to help protect the natural resources and the culture and history of those areas. The largest nature reserve in Egypt is Gebel Elba (35,600 square kilometres (13,700 sq mi)) in the southeast, on the Red Sea coast. 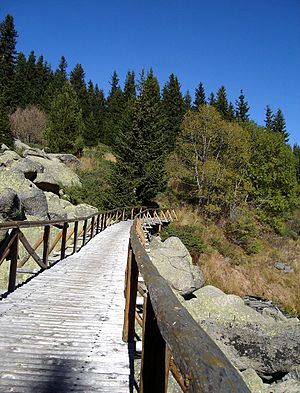 Denmark has three national parks and several nature reserves, some of them inside the national park areas. The largest single reserve is Hanstholm Nature Reserve, which covers 40 km2 (9,900 acres) and is part of Thy National Park. 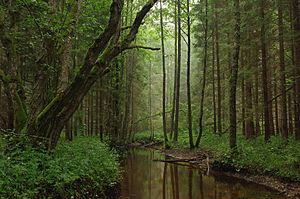 In Estonia there are 5 national parks, more than 100 nature reserves and around 130 landscape protection areas. The largest nature reserve in Estonia is Alam-Pedja Nature Reserve, which covers 342 km2 (85,000 acres). 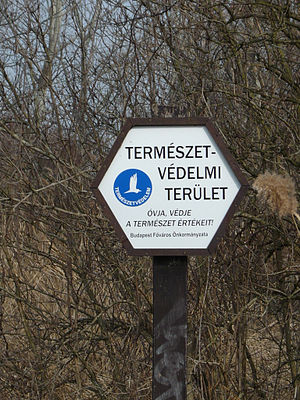 Nature reserve near Budapest, next to Lake Naplás

In Hungary there are 10 national Parks, more than 15 nature reserves and more than 250 protected areas. Hortobágy National Park is the largest continuous natural grassland in Europe and the oldest national park in Hungary. It is situated on the eastern part of Hungary, on the plain of the Alföld. It was established in 1972. There are alkaline grasslands interrupted by marshes. They have a sizable importance, because there are the fishponds. One of the most spectacular sights of the park is the autumn migration of cranes. Some famous Hungarian animal species live in Hortobágy National Park, such as the grey cattle, racka long-wool sheep living only in Hungary, Hungarian horses and buffalo. Hortobágy National Park has been a UNESCO World Heritage Site since 1 December 1999. 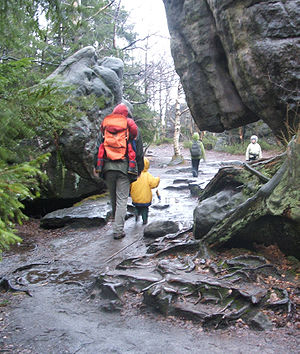 Path on Szczeliniec Wielki, a famous nature reserve in the Stołowe Mountains in SW Poland

There are some differences between the regulations for England, Northern Ireland, Scotland and Wales, which are separately managed.

At the end of March 2004, there were 215 national nature reserves in England with a total area of 879 square kilometres. The reserves are scattered through England, from Lindisfarne in Northumberland to The Lizard in Cornwall. Nearly every rural county has at least one. Many national nature reserves contain nationally important populations of rare flowers, ferns and mosses, butterflies and other insects, and nesting and wintering birds. Examples include unique alpine plants at Upper Teesdale and the field of snake's head fritillaries at North Meadow, Cricklade, Wiltshire.

Through the Natural Heritage (Scotland) Act 1991 the Scottish Natural Heritage (SNH) was established in 1992 as a government body, responsible to the Scottish Government Ministers and through them to the Scottish Parliament. At 31 March 2008 there were 65 Scottish national nature reserves with a total area of approximately 1330 square kilometres. Section 21 of the National Parks and Access to the Countryside Act 1949 gives local authorities the exclusive statutory power to establish a local nature reserve in consultation with the SNH.[10]

Israel's National Parks and Nature Reserves Act of 1963 defines a nature reserve as "an area where are preserved animal life, plant life, earth, caves or water, which have a scientific or educational significance, from unwanted changes in their appearance, in their biological composition or in their development, and which the Minister of the Interior, through the recommendation of the Minister of Agriculture or subsequent to consultation with him, declared in the protocols that it is a nature reserve." In 1984, the two areas with the highest number of nature reserves were the South (15.2%) and Samaria (the Shomron, 13.5%).[11]

There are seven nature reserves in Jordan. In 1966 the organization that would later start Jordan's nature reserves, the Royal Society for the Conservation of Nature, was founded. RSCN's first efforts involved bringing back severely endangered species. In 1973, RSCN was given the right to issue hunting licenses, giving RSCN an upper hand in preventing extinction. The first step was the founding of Jordan's first nature reserve, Shaumari Wildlife Reserve, in 1975. The primary purpose was to create means to breed endangered species, specifically: the Arabian oryx, gazelles, ostriches, and Persian onagers in their natural environment.

New Zealand has a variety of types of reserve, including National Parks, various types of Conservation Areas (including stewardship land that is yet to be officially classified), and seven specific types of "Reserve", each of which prioritise various degrees of protection to different amenities such as scenery, recreation, flora and fauna, scientific value or history. Land is often sub-categorised beneath its general classification, as defined in law between the Reserves Act of 1977, the National Parks Act of 1980, and the Conservation Act of 1987. Under these classifications, the Department of Conservation administers more than 80,000 km2---nearly 30 percent of the nation's total area---with at least some degree of protection. This land is composed of 14 National Parks, 30 Conservation Parks, and approximately 8,900 discrete areas of land in total.

Although most public land is strongly protected for natural preservation, the term nature reserve is specifically defined in the Reserves Act to mean a reserve that prioritises the protection of rare flora and fauna, to the extent that public access is by permit only. Some of these reserves include Ecological Islands, a comparatively new concept in wildlife preservation, pioneered in New Zealand to help re-build the populations of nearly extinct birds, and other species that are heavily threatened by introduced predators. 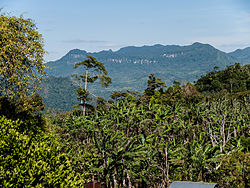 Peñas Blancas, part of the Bosawás Biosphere Reserve is the second largest rainforest in the Western Hemisphere, after the Amazonian Rainforest in Brazil. Located northeast of the city of Jinotega in Northeastern Nicaragua.

In Nicaragua, the Ministry of the Environment and Natural Resources (MARENA) is in charge of environmental protection and of the study, planning, and management of the Nicaragua's natural resources. Nearly one fifth of the territory is designated as protected areas like national parks, nature reserves, and biological reserves. Nicaragua has 78 protected areas that cover 22,422 km2, about 17.3% of the nation's landmass. Private nature reserves exist with land excluded from private land trusts and maintained at the sole cost of the proprietor. For example, "O Parks, WildLife, and Recreation" was established within the Mesoamerican Biological Corridor by former FDNY firefighter Kevin Michael Shea, who purchased 46 acres (0.19 km2) of land in this manner and is an example of this type of private nature reserve.[13]

There are around 100 nature reserves (Russian: заповедник, zapovednik) in Russia, covering some 330,000 square kilometres (130,000 sq mi), or about 1.4% of the country's total area. A few of them predate the October Revolution of 1917, but most have been created during the Soviet Union era. There are also natural protected areas where only certain species are protected, or only certain activities are prohibited; those are known as zakaznik (Russian: заказник).

South Africa is well known for its many reserves, including Shamwari, Londolozi, Sanbona and Lalibela. It currently has 20 national parks covering 3,700,000 hectares (37,000 km2), about 3% of the total area of South Africa. The best-known is Kruger National Park, which is also the oldest (proclaimed in 1898), and the largest, at nearly 2,000,000 hectares (20,000 km2). The Kruger Park and Table Mountain National Park are two of South Africa's most visited tourist attractions. It also has a number of World Heritage Sites and peace parks, as well as many provincial and private parks. 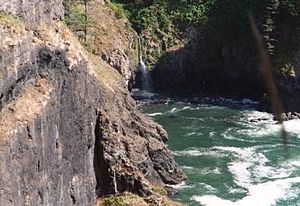 In the U.S. the United States Fish and Wildlife Service is responsible for managing many nature reserves, including National Wildlife Refuges. State and local governments administer others, and some belong to private trusts, which are funded through personal donations. There are currently 2,205 preservations in the United States. Private nature reserves exist with land excluded from private land trusts and maintained at the sole cost of the proprietor. Wilbur Hot Springs' Dr. Richard Louis Miller donated 1,800 acres (7.3 km2) of land in this manner and is an example of this type of private nature reserve.