Supply Corps officers are widely distributed throughout the Navy and Department of Defense; they are typically billeted to a ship or shore activity's supply department, or to a supply unit or command, such as Navy Expeditionary Logistics Support Groups (NAVELSG), Fleet Logistics Centers (FLCs) or Navy Special Warfare (SPECWAR) Logistics Groups which support the United States Navy SEALs.

Ratings that compose the U.S. Navy enlisted supply community[1] are: 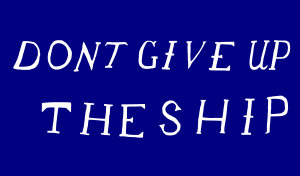 The Supply Corps emerged from the traditions of ashore naval logistics and the shipboard position of Purser, which had been in use with the Royal Navy since the 14th Century. The ship's Purser was primarily responsible for the handling of money and the procurement and keeping of stores and supplies.

The Supply Corps considers as its birthday February 23, 1795, when the nation's first Purveyor of Public Supplies, Tench Francis, Jr., was appointed by President George Washington.

American Pursers served with distinction from the earliest days; Samuel Hambleton was a purser serving on Oliver Hazard Perry's flagship, the USS Lawrence, during the Battle of Lake Erie, when he volunteered to work a gun and aided in the Americans' eventual victory. Hambleton was severely wounded by a cannonball that fell onto him from the rigging of the ship.[2]

Unlike their line counterparts, pursers originally did not hold rank. An 1854 Act of Congress legalized the relative rank conferred upon pursers by General Order of 27 May 1847. Pursers with more than twelve years' service ranked with commanders and those with less than twelve years ranked with lieutenants.

In 1860, the name of the position of Purser was changed to "Paymaster". Ashore naval logistics, which had been the purview of civilians, were transferred to Paymasters throughout the 1860s.

By Act of 11 July 1919 the designation of the Pay Corps was changed to Supply Corps.

Recent developments have mirrored those in the private sector logistics, with an increasing scientific and quantitative emphasis and reliance on networked computing power.

Originally, staff officers were distinguished from line officers only by the details of their uniforms, such as number of buttons on lapels, cuffs and pockets, epaulets, color, cut of coat, or amount of gold lace.

Uniform regulations issued 1 May 1830 specified that a Purser should have, in addition to the live oak leaf and acorn (which appeared on the collars of all officers in varying abundance) a cornucopia embroidered on the collar of his full dress coat. In 1841 the distinguishing mark on the Purser's collar was changed to a 4" row of gold embroidered oak leaves and acorns.

A modification of the uniform regulations, dated 27 May 1847, provided gold epaulets for the Purser on which was a solid crescent with the Old English letters "P.D." in silver within the crescent. In September 1852 the letters "P.D." were abolished.

By General Order of 23 August 1856, Pursers were required to wear the uniform of their relative rank with the exception of the lace on the pantaloons; their corps device on epaulets, shoulder straps and cap remaining the same. As late as 1862 uniform regulations did not distinguish among the different staff corps. In January 1864 the various corps were again assigned distinguishing marks, with the Pay Corps insignia being a silver oak sprig worn on the shoulder straps and in the wreath of the cap.

In regulations of 1905, while the insignia of the Pay Corps remained "a silver oak sprig", the pattern was a little different. Instead of the three leaves and two acorns standing out separately from the stem as heretofore, the three leaves and three acorns (one acorn having been added) were brought together at the stem of the sprig inscribed in a rectangle.

The last significant change to the Supply Corps insignia came in 1919; the leaf retained its shape, but was to be embroidered in gold instead of silver.[3]