Nettie Maria Stevens (July 7, 1861 – May 4, 1912) was an early American geneticist. While working on insect genetics, she was the first scientist to make the momentous discovery of the XX (female) and XY (male) chromosomes. She died young before being made a professor, and was denied the recognition and fame her discovery deserved.

She graduated at the top of her class. At Stanford, she received her B.A. in 1899 and her M.A. in 1900, having returned to college after an initial career as a school teacher.[2]

Stevens continued her studies in cytology at Bryn Mawr, where she was influenced by the work of the previous head of the biology department, Edmund Beecher Wilson, and by that of his successor, Thomas Hunt Morgan.[1] She also studied marine organisms in Europe, at Helgoland and Naples Zoological Station.[2][3] After receiving her Ph.D. from Bryn Mawr, Stevens was given an assistantship at the Carnegie Institute. It was at this institute that Stevens got her sex determination work published as a report in 1905.[citation needed] 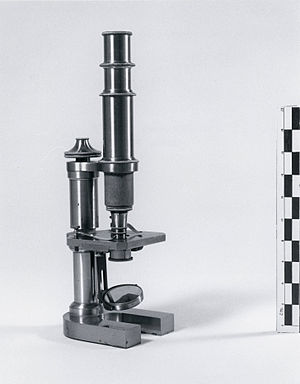 Stevens was one of the first American women to be recognized for her contribution to science. Her research was done in Bryn Mawr College. She discovered that in some species chromosomes are different among the sexes, by observations of insect chromosomes. The discovery was the first time that observable differences of chromosomes could be linked to an observable difference in physical attributes, i.e. if an individual is a male or a female. This work was done in 1905. The experiments done to determine this used a range of insects. She identified the Y chromosome in the mealworm Tenebrio. She deduced the chromosomal basis of sex depended on the presence or absence of the Y chromosome. She did not start her research until her thirties and completed her PhD in 1903. She successfully expanded the fields of embryology and cytogenetics.

Stevens worked to be able to become a full researcher at Bryn Mawr. However, before she could take the research professorship offered to her in the faculty, Stevens died, on May 4th, 1912 from breast cancer, at Johns Hopkins Hospital.[3]

Stevens' research was belittled after her death, possibly because she was a woman, or because others were eager to take the credit for her discoveries. Following her death, Thomas Hunt Morgan wrote an extensive yet dismissive obituary for the journal Science,[4] implying that she was more of a technician than a scientist. This later assessment belies his earlier statement in a letter of recommendation: "Of the graduate students that I have had during the last twelve years I have had no one that was as capable and independent in research as Miss Stevens...".[5]

Stevens was the first to recognize that females have two large sex chromosomes. Wilson did not see this because he only performed tests on the testis, because eggs are too fatty for the old staining procedures. Wilson even reissued his original paper and thanked Nettie Stevens for this finding. This finding is what then allowed Wilson to combine his idea of idiochromosomes with her heterosomes. This shows that Stevens was very influential in this process. Most biology textbooks credit Morgan for mapping the first gene locations onto chromosomes of fruit flies Drosophila melanogaster, but what is often missed is that it was Stevens who brought the fruit fly into Morgan's lab in the first place.

Nettie Maria Stevens was buried in the Westfield, Massachusetts cemetery alongside the graves of her father, Ephraim, and her sister, Emma.[2]

Modern cytological work involves an intricacy of detail, the significance of which can be appreciated by the specialist alone; but Miss Stevens had a share in a discovery of importance, and her work will be remembered for this, when the minutiae of detailed investigations that she carried out have become incorporated in the general body of the subject.