New Milford is a town in southern Litchfield County, Connecticut, United States 14 miles (23 km) north of Danbury, on the Housatonic River. It is the largest town in the state in terms of land area at nearly 62 square miles (161 km2). The population was 28,671 according to the Census Bureau's 2006 estimates.[2] The town center is also listed as a census-designated place (CDP).

New Milford is home to the Canterbury School, a well-known Roman Catholic boarding school. The school's Chapel of Our Lady features the Jose M. Ferrer Memorial Carillon. The house that inspired the 1946 novel and 1948 film, Mr. Blandings Builds His Dream House, still stands in the Merryall section of town.

Weantinock were a sub-group of the Paugussett Nation who lived the area of modern New Milford both before and during the colonial era. They were a farming and fishing culture, cultivating corn, squash, beans and tobacco, and fishing in freshwater areas. They may have also travelled to the coast to fish in summer months.[3]

In 1707, John Noble Sr., previously of Westfield, Massachusetts and his eight-year-old daughter Sarah Noble were the first Anglo-American settlers. (A public school was later named after Sarah Noble.) They were soon joined by others who had also bought land there.[4]

On October 17, 1711, twelve families (including about 70 people) petitioned the General Assembly to create the town, together with the associated privilege of levying a tax to support a minister. With the legislature's approval, the town was organized the next year. The residents soon secured Daniel Boardman to preach and he was ordained as the minister of the Congregational Church on November 21, 1716.[4][5]

Roger Sherman lived in New Milford before moving to New Haven in 1761.[4] He later became a member of the Continental Congress and signed both the Declaration of Independence and U.S. Constitution. The lot of his former house is the site of the present Town Hall.

During the American Revolution, the 7th Connecticut Regiment (also known as 19th Continental Regiment) was raised in town on September 16, 1776. The regiment, and the New Milford men in it, would see action in the Battle of Brandywine, Battle of Germantown and the Battle of Monmouth. In total, the town "sent 285 men to fight in the War out of a total population of 2,776."[4] 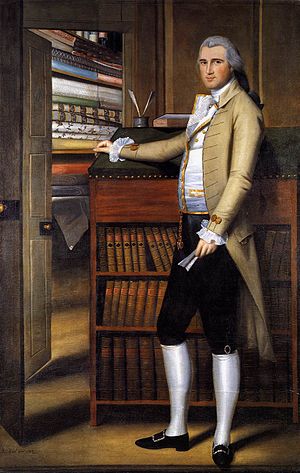 In the second half of the 19th century, many new industries came to town. The Water Witch Hose Company No. 2, local telephone and electricity companies, and newspapers were all founded. Factories in town made buttons, paint and varnish, hats, furniture, pottery, lime, dairy products and pasteboard, among other goods. Tobacco became the major crop in the area, and tobacco warehouses sprang up to handle its storage and processing before sales.[4]

In 1942 Buck's Rock Camp was founded off of Bucks Rock Road, and has remained in operation ever since.

The town has additionally added a skate park at Young's Field (2006), reconstructed the Tennis and Basketball Courts at Young's Field (2010), reconstructed the Basketball Court at Williamson Park in Gaylordsville (2010), and several streetscape projects were completed by the Department of Public Works (DPW) with Grant money on Church Street, Whittlesey Avenue and the west side of East Street (2009/2010). Candlewoof Dog Park is completed on Pickett District Road. A bocce ball court was constructed at the Senior Center by Boy Scout Troop 66 (2012).

New Milford is located on the northeastern shore of Lake Candlewood. The Aspetuck River, Still River and Housatonic River flow through the town. 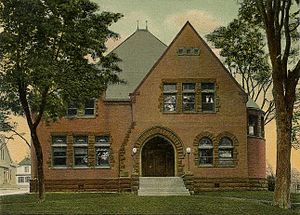 There were 10,018 households out of which 38.0% had children under the age of 18 living with them, 60.0% were married couples living together, 9.0% had a female householder with no husband present, and 27.4% were non-families. 21.3% of all households were made up of individuals and 6.4% had someone living alone who was 65 years of age or older. The average household size was 2.68 and the average family size was 3.15. 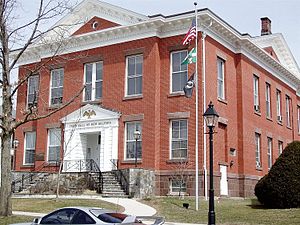 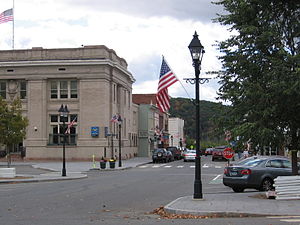 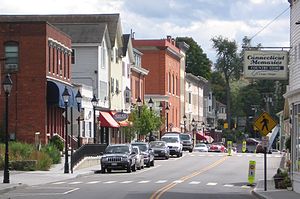 There were 2,756 households out of which 30.9% had children under the age of 18 living with them, 42.4% were married couples living together, 11.4% had a female householder with no husband present, and 41.8% were non-families. 33.2% of all households were made up of individuals and 9.4% had someone living alone who was 65 years of age or older. The average household size was 2.37 and the average family size was 3.07.

As a suburb of Danbury, New Milford is served by fixed-bus routes of the Housatonic Area Regional Transit. The main highways of the town are Route 7 and Route 202. There is a proposal to electrify and extend the Danbury Branch of the Metro-North Railroad north of Danbury to New Milford.[9] 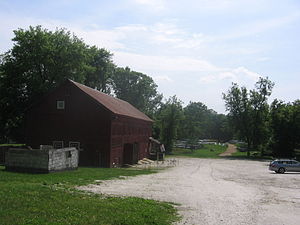 The following movies with their actual or expected year of release have been filmed in New Milford:[15]