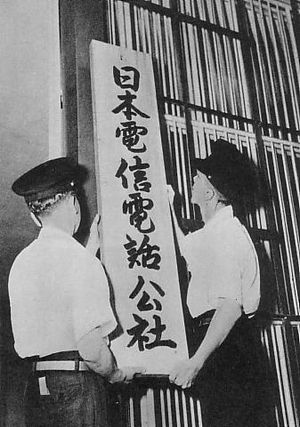 NTT was established as a government-owned corporation in 1953

Established as a monopoly government-owned corporation in 1952, Nippon Telegraph and Telephone Public Corporation (日本電信電話公社, Nippon Denshin Denwa Kōsha?) was privatized in 1985 to encourage competition in the telecom market. In 1987, NTT made the largest stock offering to date, at US$36.8 billion.[4][5]

Because NTT owns most of the last mile (FTTC or FTTB/FTTH), it enjoys oligopolistic control over land lines in Japan. In order to weaken NTT, the company was divided into a holding company (NTT) and three telecom companies (NTT East, NTT West, and NTT Communications) in 1999. The NTT Law regulating NTT East and West requires them to serve only short distance communications and obligates them to maintain telephone service all over the country. They are also obligated to lease their unused optical fiber (dark fiber) to other carriers at regulated rates. NTT Communications is not regulated by the NTT Law. 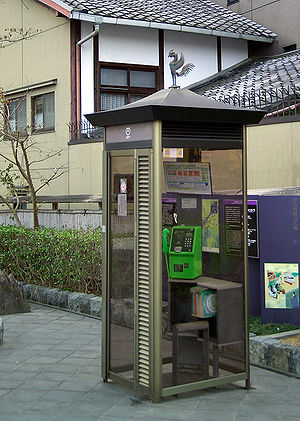