Norristown is a borough (with home rule status) in and the county seat of Montgomery County, Pennsylvania, United States.[1] Located along the Schuylkill River approximately six miles from the Philadelphia city limits, Norristown has a population of 34,324 as of the 2010 U.S. Census and is the 4th most populous municipality in the county.[2]

The area where Norristown sits was originally owned by the family of Isaac Norris, who purchased the land from William Penn in 1704. 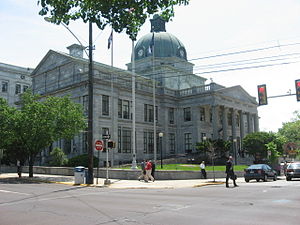 Named the county seat in 1784 when Montgomery County was formed, Norristown was incorporated as a borough in 1812 and subsequently enlarged in 1853. About 500 people lived there at the time of its incorporation. Growing rapidly after the Civil War, it swelled to 22,265 people by 1900 and by 1940 it was home to 38,181 Norristonians, making it the most populous borough in Pennsylvania before declining in the decades after World War II.

At its height, Norristown was an industrial, retail, banking, and government center. Breweries, cigar factories, textile mills, icehouses, foundries, rolling mills, and lumber yards provided ample employment for skilled laborers and artisans.[3] The downtown featured two department stores, several theaters, and enough goods and services that residents never had to leave town to find anything they needed.[4] Although primarily settled by the English and a handful of Germans, Scots, Dutch, and Swedes, in the mid-1800s the Irish began arriving in large numbers, followed by waves of Italians at the turn of the century.[5]

With the opening of new malls in nearby King of Prussia and Plymouth Meeting, the downtown declined in the decades after World War II. Industry soon followed, as many companies closed or relocated into new industrial parks throughout Montgomery County.[6] Efforts to revitalize and reshape itself as a 21st-century community have produced minimal results.

Norristown is located in southeastern Pennsylvania, approximately 6 miles (10 km) northwest of Philadelphia. Totaling 3.519 square miles in land area, the municipality sits along the Schuylkill River. Two major tributaries, the Stony Creek and the Saw Mill Run, bisect the town into thirds and empty directly into the Schuylkill. The town’s terrain is generally hilly, especially in the areas closest to downtown, which itself sits on a plateau surrounded by all three major waterways.

Norristown has four distinct neighborhoods: the West End, the East End, the North End, and the downtown.

It is bounded by West Norriton, East Norriton, and Plymouth Townships, as well as Bridgeport Borough.

Approximately 76.0% of all persons 25 and older have a high school diploma or higher, while 16.7% have a college degree (Bachelor’s or higher).[17] 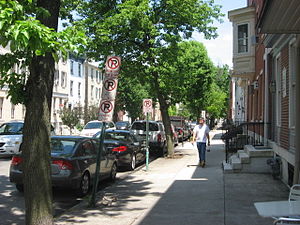 Norristown’s economy is based largely on institutions in the government, healthcare, legal, and social services sectors. The Montgomery County government is the municipality’s largest employer.[18] Other major Norristown employers with a considerable presence are the Pennsylvania Department of Environmental Protection (DEP), the Montgomery County Intermediate Unit, USM (formerly U.S. Maintenance), U.S. Roofing Corporation, BartonPartners Architects+Planners, Chandler Bats, and the Norristown Area School District. Norristown is home to the corporate headquarters of both USM and U.S. Roofing.

In addition to major employers, there are numerous small professional, manufacturing, technology, and distribution firms operating in the municipality, as well as law offices and local realty companies.

Norristown has been a home rule municipality since 1986 when voters adopted a charter with a manager/council form of government and a seven-member municipal council. The office of mayor was abolished in July 2004 after a public referendum amended the municipal charter. Executive and administrative authority is now delegated to a council appointed Municipal Manager.

Norristown sits at the junction of several major roads in the Philadelphia region. Main Street (also known as Ridge Pike outside of the municipality) and Airy Street run east-west through the downtown, eventually leading to interchanges for I-476 (the Blue Route) and the Pennsylvania Turnpike (I-276), respectively, in Plymouth Meeting. U.S. 202 is the major north-south route through the town, connecting it with other nearby county seats such as Doylestown and West Chester. U.S. 202 is split through the municipality, as DeKalb St. is designated “U.S. 202 North” while Markley St. is signed “U.S. 202 South.”[19][20]

The regional rail station at the Transportation Center is one of three on the Manayunk/Norristown line. The other two are Main Street and Elm Street.

The NTC contains a 522-space SEPTA commuter parking garage that also contains an intercity bus terminal operated seven days a week by Bieber Tourways, Greyhound Lines, and Martz Trailways. Several taxi companies and private bus shuttles have a presence at the Transportation Center. The Schuylkill River Trail, which connects Philadelphia to Phoenixville and runs through downtown Norristown, also passes through the NTC complex. The Chester Valley Trail will also connect to the Transportation Center by the end of the 2010s.

The Times Herald is the city's daily newspaper, printing seven days a week and serving most of Montgomery County. Founded on June 15, 1799, it is currently owned by 21st Century Media.[21] The paper's staff offices are located within the municipality. 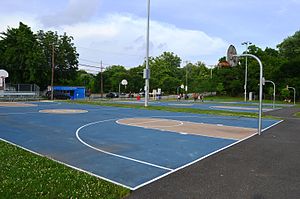 Despite the loss of its historic movie and vaudeville theaters, Norristown is home to two performing arts theaters (the Montgomery County Cultural Center and Theatre Horizon) and four professional theater companies (Centre Theatre, Iron Age Theatre, Theatre Horizon, and New Cavern Productions). All are part of The Theatre Alliance of Greater Philadelphia and the Greater Philadelphia Cultural Alliance.

These theaters form the nucleus for Norristown Arts Hill, a collection of theaters, art galleries, and professional firms on the 300-500 blocks of DeKalb Street in downtown.

Norristown has seen several new office buildings constructed or rehabbed over the last several decades. One Montgomery Plaza, the municipality’s iconic downtown 10-story office building, was built in the early 1970s, and is now owned by Montgomery County. 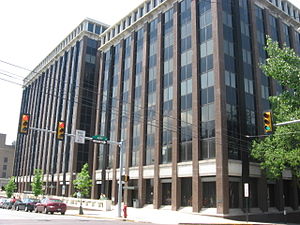 Two newer mid-rise downtown office buildings, the Montgomery County Intermediate Unit Building and the Department of Environmental Protection Building, were built in the 1990s and early 2000s. In 2009, the historic former Bell Telephone building was completely renovated for offices, and that same year the U.S. Roofing Corporation rehabbed the former Conte Luna pasta factory on East Main Street to house their operations. The former Sears building at the Studio Centre shopping center in the North End was renovated as a modern office center.

Since the early 2000s, the Regatta Apartments, the Rittenhouse condominium building, and dozens of new townhouses have contributed to a residential boom in the East End.

Two new downtown parking garages were built in the late 2000s, one at Main and Cherry Streets for visitors and another at SEPTA’s Norristown Transportation Center on Lafayette Street. Several large downtown and neighborhood streetscape projects were completed by the municipal government to install new street lighting, trees, curbing, and sidewalks along Main Street, DeKalb Street, and Powell Street.

The Lafayette Street Extension Project, a $60 million effort now underway by Montgomery County, PennDOT, and the Federal Highway Administration (FHWA), will improve highway access and mobility into downtown Norristown by widening Lafayette Street and extending it eastward toward Ridge Pike and Conshohocken, with eventual connections to the Pennsylvania Turnpike (I-276) and the US 202 Dannehower Bridge.[22] 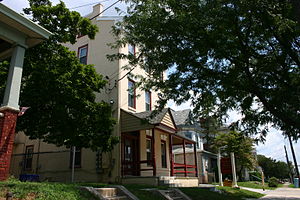 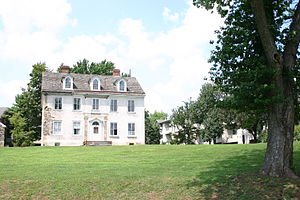 Twin cities around the world