From Infogalactic: the planetary knowledge core
(Redirected from Orem)
Jump to: navigation, search

Orem is a city in Utah County, Utah, United States, in the north-central part of the state. It is adjacent to Provo, Lindon, and Vineyard and is about 45 miles (72 km) south of Salt Lake City. Orem is one of the principal cities of the Provo-Orem, Utah Metropolitan Statistical Area, which includes all of Utah and Juab counties. The population was 84,324 at the 2000 census, while the 2010 population was 88,328[5] making it the fifth-largest city in Utah. Utah Valley University is located in Orem. The Orem Owlz of the minor league baseball Pioneer League play their home games at the college.

Orem uses the moniker "Family City USA". In fact, in 2010 Forbes rated it the 5th best place to raise a family.[6] Also, Time magazine rated the Provo-Orem area as the best place to live for spiritual well-being, due to a high population of members of The Church of Jesus Christ of Latter-day Saints.[7] At one time the area was known as Sharon, a Biblical name for a mostly level strip of land running between mountains and the sea, and the name of the Vermont birth town of Joseph Smith, founder of the Latter Day Saint movement.[8] Another former name was Provo Bench. In an apparent attempt to attract more investment to the town and provide an easy way for the large population of farmers with orchards to ship produce, in 1914 it was named after Walter C. Orem, President of the Salt Lake and Utah Railroad in the early 1900s. Orem was incorporated in 1919.

According to the United States Census Bureau, the city has a total area of 18.4 square miles (48 km2), all of it land.

The City of Orem is located on the eastern shore of Utah Lake. It borders Provo, Utah on the east and south, and is located at the base of Mount Timpanogos.

Orem is renowned for the Timpanogos Storytelling Festival, and its Summerfest celebration and parade in June is a popular local attraction. In addition, Orem has more square area of parks as compared to city size than any other city in Utah.

As of 2002, over 97% of all church going citizens of Orem are members of The Church of Jesus Christ of Latter-day Saints.[10] 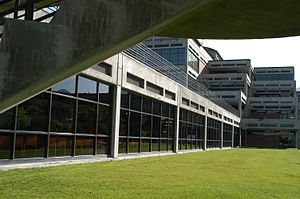 Orem is located in the Alpine School District[11] and is home to three high schools, three junior high schools, and 16 elementary schools.[12] Stevens-Henager College is also located in Orem, as is an education center of Utah State University, and a campus of Broadview University.

Utah Valley University is a public university operated by the state of Utah. UVU is one of the United States' only Open Enrollment Universities offering an acceptance to all applicants. As a university, UVU offers a wide variety of bachelor's and master's degrees. UVU is the largest and fastest growing public university in Utah with its attendance of over 34,000 undergraduates.[13] The campus's notable features include the UCCU Center, the Digital Learning Center library, the Hal Wing Track and Field Complex, and the Woodbury School of Business. 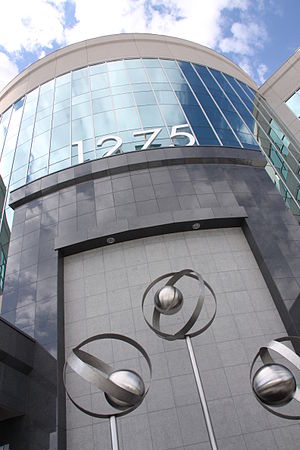 Orem has a wide variety of stores and businesses. One of the oldest businesses still operating in Orem is the locally owned Park's Sportsman, opened in the 1950s. Orem is also home to the oldest mall in Utah County, opened in March 1973.[16]

According to the City's 2010 Comprehensive Annual Financial Report,[17] the top employers in the city are: 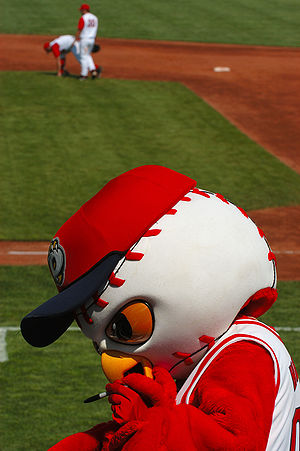 Hootz, the mascot of the Orem Owlz franchise in the Pioneer League