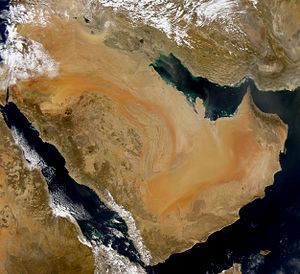 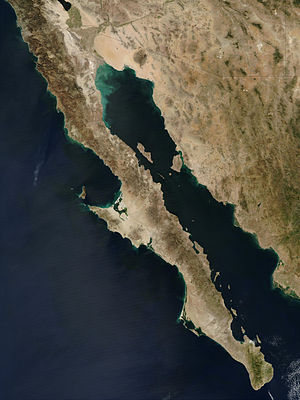 A peninsula (Latin: paeninsula from paene "almost" and insula "island") is a piece of land that is bordered by water on three sides but connected to mainland.[1] The surrounding water is usually understood to belong to a single contiguous body,[2][3] but is not always explicitly defined as such.[not in citation given][4] A peninsula can also be a headland, cape, island promontory, bill, point, or spit.[5] A point is generally considered a tapering piece of land projecting into a body of water that is less prominent than a cape.[6] In English, the plural of peninsula is peninsulas or, less commonly, peninsulae. A river which courses through a very tight meander is also sometimes said to form a "peninsula" within the (almost closed) loop of water. 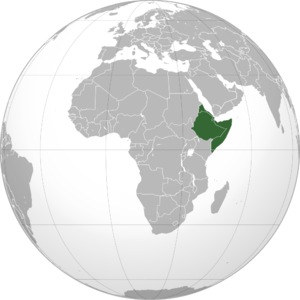 The Horn of Africa also known as the Somali peninsula.

The Horn of Africa is a peninsula compassing of the countries of Somalia, Eritrea, Djibouti, and Ethiopia. 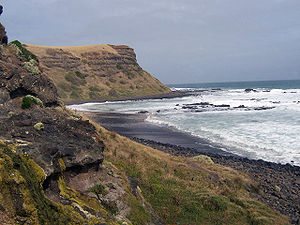 A beach on the Mornington Peninsula 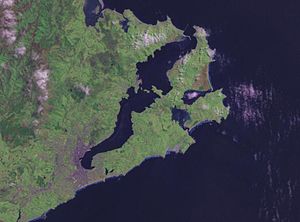 NASA satellite photo of Otago Peninsula and Otago Harbour. The city of Dunedin is located at the isthmus at lower left.

In the North Island

In the South Island

The Balkans is a peninsula including Albania, Bosnia and Herzegovina, Bulgaria, Croatia, Greece, Kosovo, Macedonia, Montenegro, Romania, Serbia, Slovenia and the European part of Turkey. 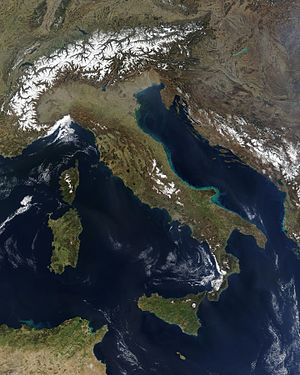 Satellite view of the Italian Peninsula 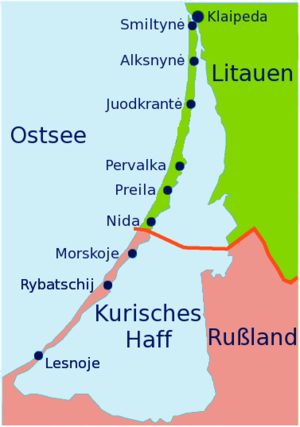 Curonian Spit, a large peninsula in the Baltic Sea

Scandinavia is a peninsula encompassing present-day Sweden, Norway, and part of Finland. 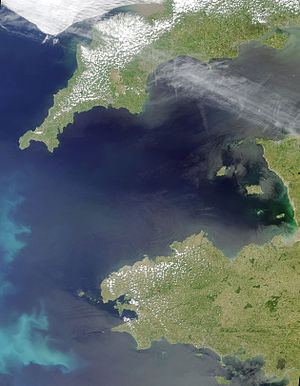 Southwestern England and the English Channel. France's Brittany Peninsula is also shown at the bottom of the picture.

Other peninsulas in Europe 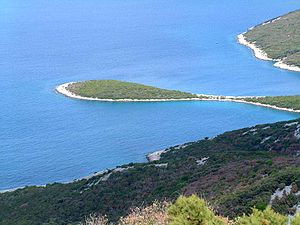 A small peninsula in Croatia 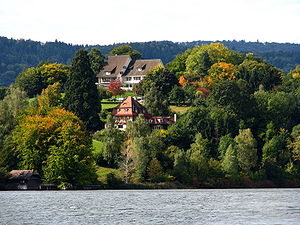 Map of Anatolian Peninsula at the Asian part of Turkey. 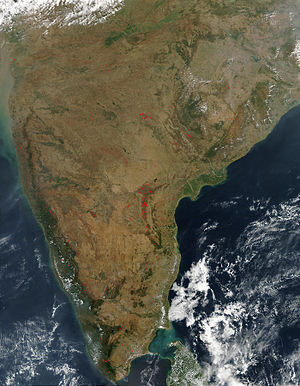 The Indostanic Peninsula or Indian subcontinent is itself a peninsula, the only land feature in the world that is widely recognized as a subcontinent in the English language. 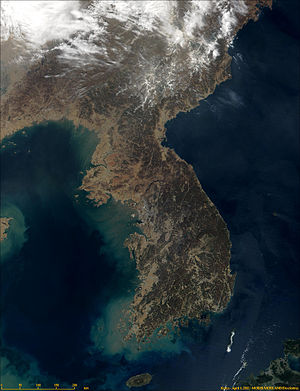 The whole land mass encompassing North and South Korea is a peninsula, surrounded by the Sea of Korea on the east, the East China Sea to the south, and the West Sea to the west, the Korea Strait connecting the first two bodies of water. 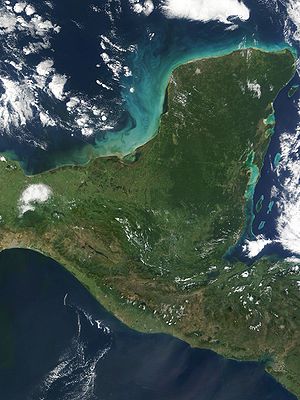 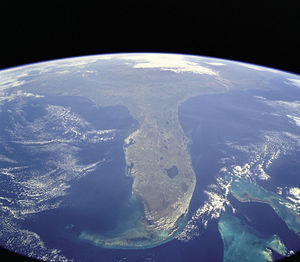 The Floridian Peninsula, shown by a NASA satellite image.

Florida is a well-known example of a large peninsula, with its land area divided between the larger Florida peninsula and the smaller Florida panhandle on the north and west. It has several smaller peninsulas within it: 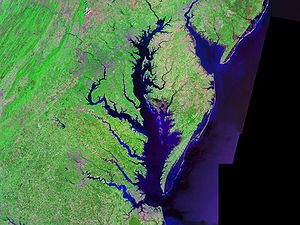 Mid-Atlantic shoreline showing, from the upper right, the Cape May Peninsula of New Jersey, Delaware Bay, the Delmarva Peninsula, and Chesapeake Bay. Also visible are the peninsulas of Maryland and Virginia along the Chesapeake's shores. 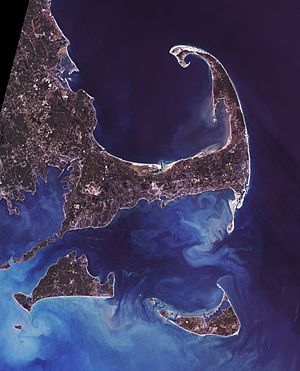 Cape Cod, a peninsula of Massachusetts 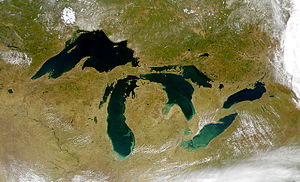 The large Michigan Peninsulas from space, showing both the Upper Peninsula and Lower Peninsula.

Michigan - the only bi-peninsular state - is very distinguishable for its mitten-shaped Lower Peninsula of Michigan which includes: 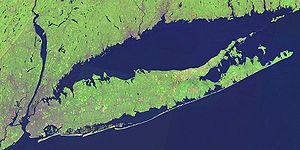 Long Island, New York, with its North and South Forks.