A drone fly exhibits Batesian mimicry by resembling a honey bee
In evolutionary ecology, mimicry describes a situation where one organism, the mimic, has evolved to share common outward characteristics with another organism, the model, through the selective action of a signal-receiver or "dupe". Collectively this is known as a mimicry complex. The model is usually another species except in cases of automimicry. The signal-receiver is typically another intermediate organism, e.g the common predator of two species, but may actually be the model itself (such as an orchid resembling a female wasp). As an interaction, mimicry is in most cases advantageous to the mimic and harmful to the receiver, but may increase, reduce or have no effect on the fitness of the model depending on the situation. Models themselves are difficult to define in some cases, for example eye spots may not bear resemblance to any specific organism's eyes, and camouflage often cannot be attributed to any particular model. Camouflage, in which a species appears similar to its surroundings, is essentially a form of visual mimicry, but usually is restricted to cases where the model is non-living or abiotic. In between camouflage and mimicry is mimesis, in which the mimic takes on the properties of a specific object or organism, but one to which the dupe is indifferent. The lack of a true distinction between the two phenomena can be seen in animals that resemble twigs, bark, leaves or flowers, in that they are often classified as camouflaged (a plant constitutes its "surroundings"), but are sometimes classified as mimics (a plant is also an organism). Crypsis is a broader concept that encompasses all forms of detection evasion, such as mimicry, camouflage, hiding etc.
edit  watch 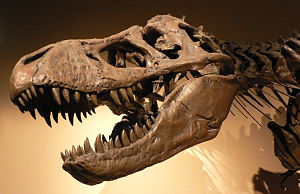 A complete list of scientific WikiProjects can be found here. See also Wikispecies, a Wikimedia project dedicated to classification of biological species.