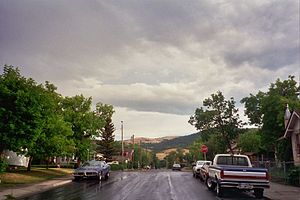 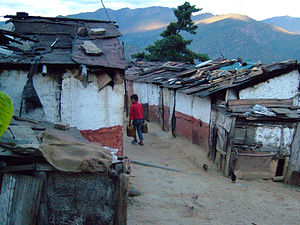 A residential area is a land use in which housing predominates, as opposed to industrial and commercial areas. Housing may vary significantly between, and through, residential areas. These include single-family housing, multi-family residential, or mobile homes. Zoning for residential use may permit some services or work opportunities or may totally exclude business and industry. It may permit high density land use or only permit low density uses. Residential zoning usually includes a smaller FAR (floor area ratio) than business, commercial or industrial/manufacturing zoning. The area may be large or small.

In certain residential areas, largely rural, large tracts of land may have no services whatever, thus residents seeking services must use a motor vehicle or other transport, so the need for transport has resulted in land development following existing or planned transport infrastructure such as rail and road. Development patterns may be regulated by restrictive covenants contained in the deeds to the properties in the development, and may also result from or be reinforced by zoning. Restrictive covenants are not easily changed when the agreement of all property owners (many of whom may not live in the area) is required. The area so restricted may be large or small.

Residential areas may be subcategorized in the Concentric zone model and other schemes of urban geography. 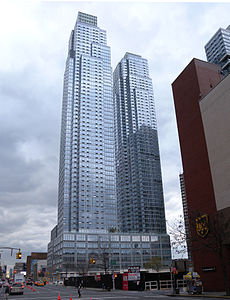 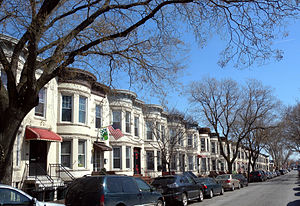 Residential area in Brooklyn about a century after it was developed

Residential development is real estate development for residential purposes. Some such developments are called a subdivision, when the land is divided into lots with houses constructed on each lot. Such developments became common during the late nineteenth century, particularly in the form of streetcar suburbs.

In previous centuries, residential development was mainly of two kinds. Rich people bought a townlot, hired an architect and/or contractor, and built a bespoke / customized house or mansion for their family. Poor urban people lived in shantytowns or in tenements built for rental. Single-family houses were seldom built on speculation, that is for future sale to residents not yet identified. When cities and the middle class expanded greatly and mortgage loans became commonplace, a method that had been rare became commonplace to serve the expanding demand for home ownership.

Post–World War II economic expansion in major cities of the United States, especially New York City and Los Angeles produced a demand for thousands of new homes, which was largely met by speculative building. Its large-scale practitioners disliked the term "property speculator" and coined the new name "residential development" for their activity. Entire farms and ranches were subdivided and developed, often with one individual or company controlling all aspects of entitlement (permits), land development (streets and grading), infrastructure (utilities and sewage disposal), and housing. Communities like Levittown, Long Island or Lakewood south of Los Angeles saw new homes sold at unprecedented rates—more than one a day. Many techniques which had made the automobile affordable made housing affordable: standardization of design and small, repetitive assembly tasks, advertising, and a smooth flow of capital. Mass production resulted in a similar uniformity of product, and a more comfortable lifestyle than cramped apartments in the cities. With the advent of government-backed mortgages, it could actually be cheaper to own a house in a new residential development than to rent. 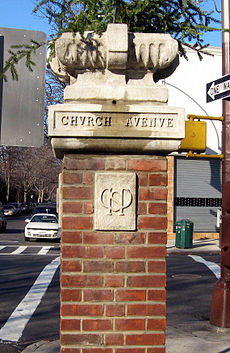 Today, a typical residential development in the United States might include traffic calming features, such as a slowly winding street, dead-end road, or looped road lined with homes.

Suburban developments help form the stereotypical image of a "suburban America," and are generally associated with the American middle-class. Most offer homes in a narrow range of age, price, size and features, thus potential residents having different needs, wishes or resources must look elsewhere. Some residential developments are gated communities.

Criticisms of residential developments may include:

The dictionary definition of residential at Wiktionary