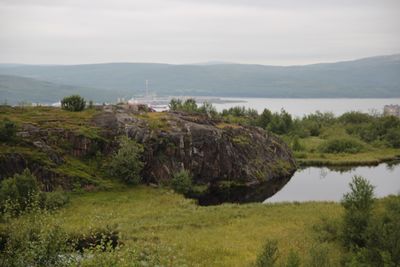 In glaciology, a roche moutonnée (or sheepback) is a rock formation created by the passing of a glacier. The passage of glacier ice over underlying bedrock often results in asymmetric erosional forms as a result of abrasion on the "stoss" (upstream) side of the rock and plucking on the "lee" (downstream) side. These erosional features are seen on scales of less than a metre to several hundred metres.[1]:324–326

The 18th-century Alpine explorer Horace-Bénédict de Saussure coined the term roches moutonnées in 1786. He saw in these rocks a resemblance to the wigs that were fashionable amongst French gentry in his era and which were smoothed over with mutton fat (hence moutonnée) so as to keep the hair in place.[1] The French term is often incorrectly interpreted as meaning "sheep rock".[2] 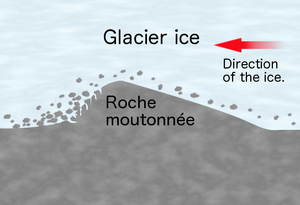 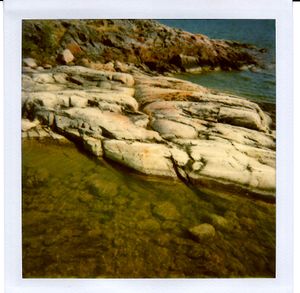 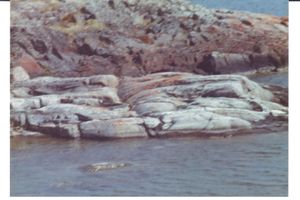 The contrasting appearance of the erosional stoss and lee aspects is very defined on roches moutonnées; all the sides and edges have been smoothed and eroded in the direction that the glacier that once passed over it. It is often marked with glacial striations.

The rough and craggy down-ice (leeward) side is formed by plucking or quarrying, an erosional process initiated when ice melts slightly by pressure and seeps into cracks in the rock. When the water refreezes, the rock becomes attached to the glacier. But as the glacier continues its forward progress it subjects the stone to frost shattering, ripping pieces away from the rock formation. Studies show that the plucking of the lee side is a much more significant erosional process than the abrasion of the stoss side.[citation needed]

The side profile of a stoss and lee glaciated, bedrock knob (an erosional feature) is opposite to that of a drumlin (a depositional feature). In a drumlin, the steep side is facing the approaching glacier, rather than trailing it.