ScottishPower Ltd. is a vertically integrated energy company with its headquarters in Glasgow, Scotland. It was once a constituent of the FTSE 100 Index but in 2006 it became a subsidiary of the Spanish utility Iberdrola.

ScottishPower is the distribution network operator for central and southern Scotland, Merseyside and North Wales. It is also the Transmission Owner for the south of Scotland. The company also supplies electricity and gas to homes and business around the United Kingdom and generates power for supply to the grid. It owns PPM Energy in the United States.

ScottishPower was formed in 1990, in preparation for the privatisation of the previously state owned Scottish electricity industry the following year.[1] Previously the UK government had privatised the English and Welsh electricity industry by splitting the market into 12 regional electricity companies (RECs) and two power generators. However, in Scotland, the industry was already organised on an integrated generation, distribution and supply basis, and this integration survived the privatisation to become a model for the rest of the United Kingdom. ScottishPower was largely formed from the larger of the two Scottish electricity boards, the South of Scotland Electricity Board, whilst the other, the North of Scotland Hydro Board, eventually became part of the Scottish and Southern Energy Group (the nuclear power stations in Scotland were spun off into a third company, Scottish Nuclear, which was not sold off with ScottishPower and Scottish Hydro Electric, but was sold later as part of British Energy).

ScottishPower was the larger of the two Scottish energy companies and benefited from being both a generator and supplier of power. In 1995 it acquired the regional electricity company, MANWEB which supplies Merseyside and North Wales.[2] In 1996 the company diversified into the water supply business with the purchase of Southern Water[3] (which was sold again in 2002).[4]

When the supply of energy into British homes was opened up to competition, ScottishPower entered this market, stealing share from the previous gas supply monopoly British Gas and also building new market share in England and Wales.

ScottishPower established the telecommunications company, Thus (originally known as Scottish Telecom)[5] and then floated it on the London Stock Exchange in 2002.[6]

In 2000, ScottishPower completed the acquisition of Pacificorp which supplies electricity in the western United States, which operates as Pacific Power (in the regulated energy industries of the states of Oregon, Washington, California), and as Rocky Mountain Power (in the regulated energy industries of the states of Idaho and Utah as well as both and central and eastern Wyoming (former Pacific Power territory), and southwestern Wyoming).[7] In May 2005, ScottishPower announced that it had agreed to sell Pacificorp to MidAmerican Energy Holdings Company, a company controlled by Warren Buffett's company, Berkshire Hathaway, for US$5.1 billion in cash and US$4.3 billion in debt and preferred stock.[8] The successful completion of the deal was announced on 21 March 2006, after securing regulatory approvals. The deal did not include PPM Energy (which as Pacificorp Power Marketing was formerly the non-regulated subsidiary of Pacificorp).

Following the announcement, the group's share price rose, but were now widely seen as vulnerable to a takeover. It was soon revealed that German energy group E.ON, who also own Powergen, were interested in a takeover. On 22 November 2005 the board rejected an offer from E.ON of 570 pence a share, which would have valued the group at £10.7 billion.[9]

On 28 November 2006, the board of directors of ScottishPower agreed to a £11.6 billion takeover bid by the Spanish energy firm Iberdrola. The offer was formally approved by shareholders at an EGM on 30 March 2007, effectively creating Europe's third largest utility company.[10]

In April 2007, the British government's energy regulator, the Office of Gas and Electricity Markets (Ofgem), urged customers of Scottish Power and EDF Energy to switch to a cheaper provider after the firms refused to cut prices in line with the rest of the industry.[11]

In April 2008 Ofgem launched an investigation into allegations that Scottish Power abused their dominant market position relating to the electricity transmission network they own jointly in Scotland.[12] Ofgem said it had launched its inquiry into Scottish Power and Scottish & Southern Energy under section 18 of the Competition Act, "based on a formal complaint alleging abuse of a dominant position in the electricity generation sector arising from constrained capacity on the transmission network."[13] The energy regulator believes that energy generators manipulate the power market for profit when supplies are tight because network operator National Grid has to pay utilities to turn their plants on or off to balance supply and demand. This resulted in companies deliberately shutting their plants down when supplies are tight in order to receive a higher payment to start up again, increasing the system balancing costs at the expense of consumers. Ofgem were alarmed that the cost of balancing the system increased from £70 million in 2007/08 to an estimated £238 million for 2008/09 and an expected £258 million in 2009/10, with most of the costs incurred in Scotland. In January 2009, Ofgem suspended the investigation, saying it would be more effective to deal with the wider problem than pursuing the specific case further.[14]

In November 2012 the Information Commissioner's Office (ICO) publicly listed ScottishPower as one of a number of companies that it had concerns about due to unsolicited telephone calls for marketing. The concerns were based on complaints. In response, ScottishPower said that it was working with the ICO to address any issues.[15]

In early 2015, Scottish Power was temporarily banned from signing up new customers, due to long-standing and serious concerns regarding poor customer service, overdue bills and failure to implement rulings made by the Energy Ombudsman.[16] The company's failings continued to be highlighted in the press later in the year, with complaints levels 20 times those of their best-performing competitor.[17][18] 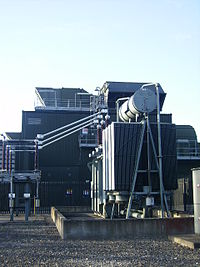 The Energy Retail division contains ScottishPower Energy Retail Ltd which holds the gas and electricity supply licences and has over 5.2 million customers in the UK. Also included in this division is SP Dataserve Ltd which is responsible for the metering and data management work and is the first ever meter reading company to allow customers to text in their meter readings.[19] 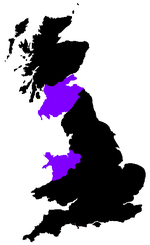 Energy Wholesale contains two companies ScottishPower Generation Ltd which generates 6,200MW of electricity power in the United Kingdom using coal fired thermal power stations, combined cycle power stations, hydro-electric schemes, pumped storage generation. They are the sole customer of ScottishPower Renewables (SPR). In 2006, SPR were granted permission to build Europe's largest on-shore windfarm. The 322 MW / 140 turbine site cost an estimated £300m and covers an area of approximately 55 km² of moorland south of Glasgow. By 2014, SPR has a portfolio of over 1,250 MW of operating windfarms, including the recently expanded Whitelee with a total generation capacity of 539MW, making it Europe's largest windfarm. Also within this division is ScottishPower Energy Management Ltd which is responsible for buying and selling wholesale energy.

In 2005, the WWF named ScottishPower's Cockenzie power station as the UK's least carbon-efficient power station.[20] It is now closed.

PPM Energy Inc was previously the competitive arm Pacificorp but was made a separate business in 2002. It is involved in renewable energy and gas storage amongst other things in the US.