From Infogalactic: the planetary knowledge core
Jump to: navigation, search
For those of a similar name, see Shaun Phillips and Sean Phillips (disambiguation).

Phillips has recorded twenty albums [1] and worked with musicians including Donovan, Paul Buckmaster, J. Peter Robinson, Eric Clapton, Steve Winwood, Bernie Taupin, Manos Hatzidakis and many others.[2] The Texas-born singer-songwriter was described as "The best kept secret in the music business" by the late rock impresario Bill Graham.[3] 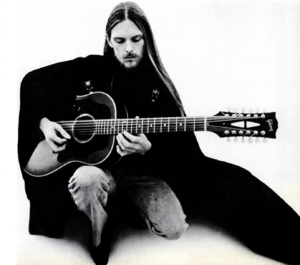 Phillips was born in Fort Worth, Texas. In the 1960s he worked as a session player on several Donovan albums including Fairytale, Sunshine Superman, and Mellow Yellow,[4] performed at the Isle of Wight Festival 1970,[5] sang on "Lovely Rita" by the Beatles,[6] and was cast to play the lead in the original production of Jesus Christ Superstar (he had to withdraw due to his heavy recording and touring schedule).[citation needed] In February 1969 Phillips wrote and performed, with The Djinn, the music for the controversial Jane Arden play Vagina Rex and the Gas Oven at the Arts Laboratory on Drury Lane.[citation needed]

Phillips worked the folk music scene in Los Angeles, New York's Greenwich Village, and London. In 1967, Phillips moved to Positano, Italy, where he remained throughout the 1970s, recording the albums Contribution, Second Contribution, Collaboration, and Faces'.

His album No Category, featuring his longtime collaborators Paul Buckmaster and Peter Robinson, was released in 2002.

In 2007, his first live album, Living Contribution, was released, along with a Live DVD of the same title.

Phillips today lives in Port Elizabeth, South Africa, with his wife Juliette and their son Liam. He is still touring and he divides his time between writing, recording, touring and his work as an emergency medical technician (EMT), firefighter, 1st Officer, Navigator, and Extrication Specialist with the National Sea Rescue Institute of South Africa (NSRI).

In an interview with Chicago music critic Scott Itter, Phillips was reminded that he had once been described as "The best kept secret in the music business" by the late rock impresario Bill Graham. Asked why he was still "a secret" to many people, Philips replied:

I'm not that interested in the fame, and popularity, but I would like to have the money that comes with it. I suppose the two have to go hand in hand. My "secrecy", is simply because none of the companies I have ever been affiliated with have cared enough to hire a national PR firm on an annual basis as part of the machine that creates the fame and popularity. Also, if you use a word like xenophobia in a song, or any word that the general public has to look up, they tend to shy away from any semblance of intelligence in popular music.[3]